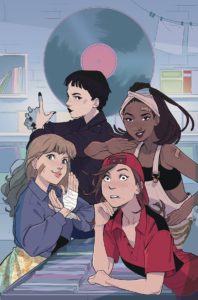 The first rule of Fight Club is… Wait, this isn’t that club. It’s a different one. One where indie record store teens fight. It could possibly be cooler.