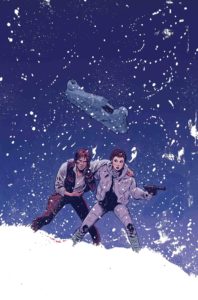 This plot was THE main plotline of the original 1977 Marvel Star Wars comic book series…the rebel heroes trying to find a new secret base. It was really one of the the only plotlines they could tell between A New Hope and Empire Strikes Back. I won’t say it got ‘old.’ Instead I’ll just say it got ‘familiar.’ So, I can’t wait to read a more modern interpretation in the new Star Wars canon!

“The Rebel Alliance is on the lookout for a new secret base. Rebellion leader Princess Leia goes with Han Solo to scope out a secret hideout only he knows…as well as the group of killers who want him dead.”