Hello, comic fans! As always, reports of the demise of the comic book industry were premature. Even more cool, new series are being offered for the first time this month–mainstream and alternative options galore. The Fantastic Four are back after a 2+ year hiatus with Dan Slott at the writing helm, fresh off an amazing finish with Amazing Spider-Man. Marvel says “because you demanded it…,” but I was always just politely suggesting it. Demanding one of your favorite comics back is just rude. As always, let us know if there is something we can track down for you…we try to cater to regular, normal newbies…crazy, intense collectors…and everyone in between (except Syndrome, because if everyone collects comics then no one does) –Glenn

Focus This Month:
Get Started In… Robotech

You still love it from the 80’s…Robotech! Its an epic story of transformable mecha, apocalyptic battles, wartime romance, and music. Check out our guide to getting started in Robotech comic books! 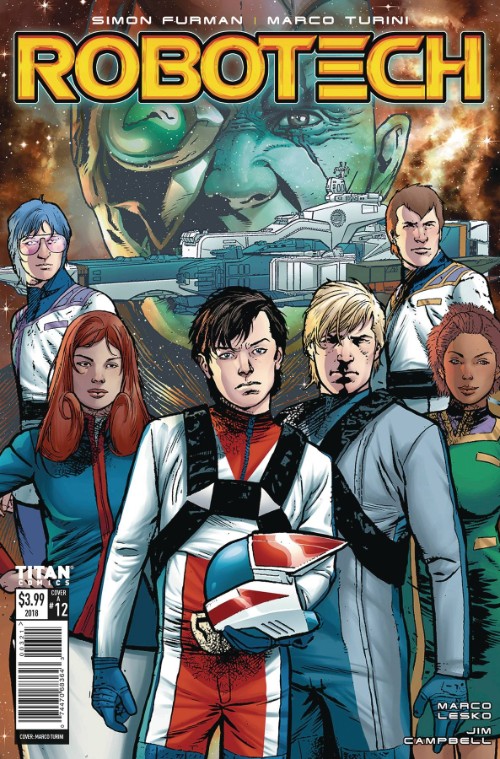 The following tags were added to Spiral Comics’ database since last month. They can represent existing pop culture tags that hadn’t been created in our database yet, as well as brand new tags from the latest Previews catalog. Click on the links to see a short description and any items that can be pre-ordered this month…
AVENGERS FAMILY TITLES
CLANDESTINE
DC ‘ESSENTIAL EDITION’ TRADE PAPERBACKS (2018)
DC MODERN CLASSICS SLIPCASE EDITIONS (2019)
DC SUPER HERO GIRLS
JINXWORLD
LUMBERJANES
RETURN OF THE FANTASTIC FOUR VARIANT COVERS (2018)
SANDMAN UNIVERSE
STEVEN UNIVERSE
TROLLHUNTERS

Dynamite is offering a flood of compilations from writer Garth Ennis. Check ’em out! 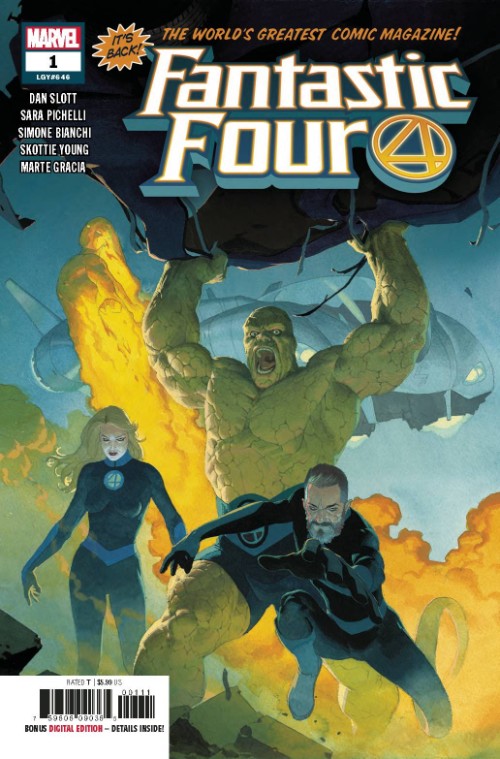 “FOUREVER Part One BECAUSE YOU DEMANDED IT – THE WORLD’S GREATEST COMIC MAGAZINE IS BACK. Since the end of SECRET WARS, there’s been a gap in the Marvel Universe. A void no other team can fill. And it’s time for the world to move on. But can it? A life-changing decision by the Thing. A momentous declaration by the Human Torch. A clarion call-to-arms that summons Doctor Doom. And a signal in the sky that heralds the return of hope to the Marvel Universe. All this, and Alicia Masters adopts kittens. So cute. Plus, the Impossible Man. AND BONUS STORIES ILLUSTRATED BY SIMONE BIANCHI AND SKOTTIE YOUNG. IF YOU READ ONLY ONE MARVEL COMIC THIS MONTH, THIS IS THE ONE.” 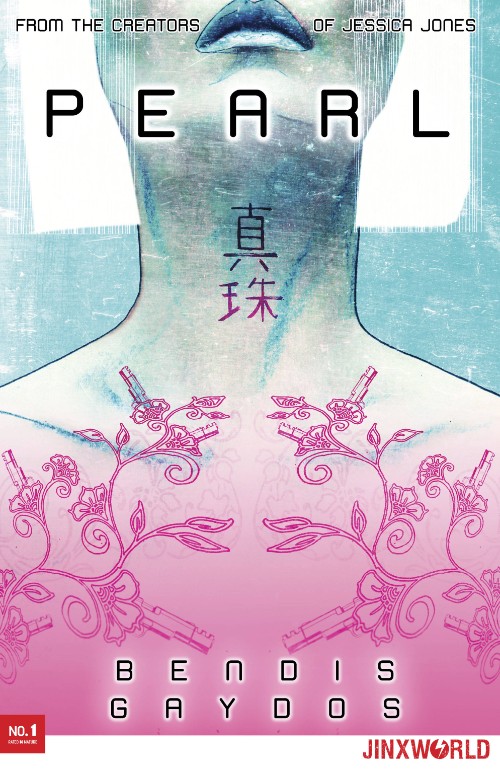 Pearl #1
Another awesome bomb! Brian Michael Bendis has his own imprint at DC…Jinxworld! This mini-series looks outstanding!! Too early to tell if Jinxworld is a shared universe with all the titles inter-related.

“From the Peabody Award-winning creators of Jessica Jones comes a brand-new creation. PEARL is the story of an exceptional tattoo artist and accidental assassin for one of the modern-day San Francisco Yakuza. She was born into one life, but another is calling to her. When Pearl accidentally meets one of her peers, her doppelgänger from another clan, she starts to dream of a better life. But Pearl has a very special ability that keeps pulling her back into the violent world she is desperate to escape. PEARL is a major series launch from writer Brian Michael Bendis and artist Michael Gaydos that features their first brand-new original character since Jessica Jones. Fans of the Jessica Jones comic and TV show will be thrilled and delighted by this bold new direction the creative team has taken.” 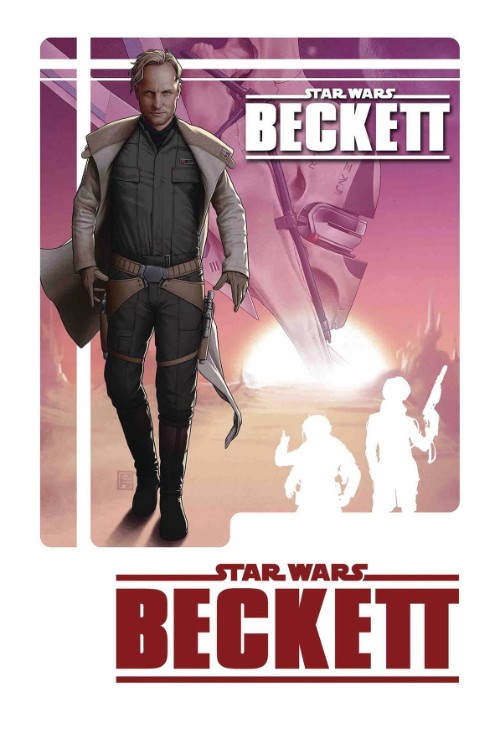 “THE GOOD, THE BAD AND THE DEADLY. TOBIAS BECKETT taught HAN SOLO everything he knows about surviving hoodlum-filled cantinas and backwater worlds. But who is this career outlaw and why is ENFYS NEST- one of the galaxy’s most dangerous and brutal marauders – so dead set on taking him down once and for all? Find out in this original tale of a man who has gamed star system after star system, but at a cost that no heist can make up for.” 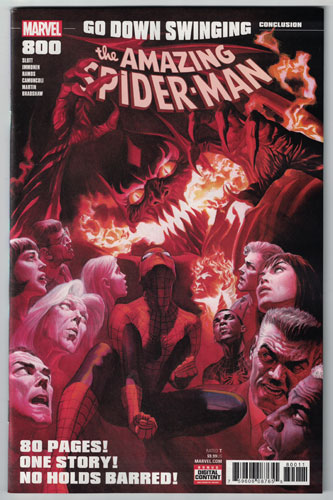 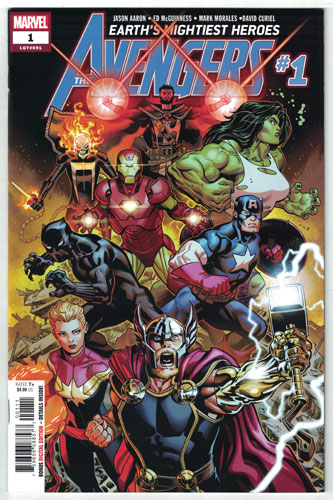 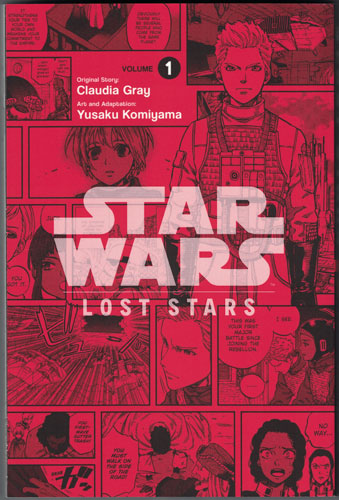