Hello, comic fans! Well, Marvel has hit a new low in my opinion in the variant cover bubble we are currently inhabiting. Now, they’re issuing 1-in-25 variants for second printings! So, follow me here…there’s a regular second printing of FRIENDLY NEIGHBORHOOD SPIDER-MAN [2019] #6 and WAR OF THE REALMS: AGENTS OF ATLAS #1, but also 1-in-25 variants of the second printings. This isn’t the very first time they’ve done this. As far as I can tell, last month’s IMMORTAL HULK #16 second printing also had a 1-in-25 variant and could be the first one. I thought it might be a fluke last month, but here we are with a couple more this month. I’ve been collecting comic books since 1984 and seen the different variant cover schemes develop since their inception, and this is definitely a new twist. While scarcity is a large factor in the collectability of variant covers, the art is also a huge factor. In all these second print ratio variant cases, the art has not been revealed before the final order cut-off date. So, I’m left to wonder who would actually be collecting these variants that retailers have to order sight unseen for customers who have no chance to pre-order them. I remember well when 1-in-25 variants first started appearing on one of my favorite titles and I had to have them all. There was a definite thrill of the hunt, but Marvel overdid it with just about every title having some kind of variant every month. I eventually had to begrudgingly pass on chasing variants in favor of more titles to read. Now, these ratio variants are so common, I have no difficulty passing on all variants except the ones with exceptional art. Maybe it’s just a simple ploy to get retailers to order a minimum of 25, and nobody is actually looking for these things. Which reminds me… As always, let us know if there is something we can track down for you…we try to cater to regular, normal newbies…crazy, intense collectors…and everyone in between (except for Mr. Nobody, because he has no heart). –Glenn
P.S. Spiral Comics offers a free Recommendations Service for upcoming comic books. Learn more here

Focus This Month:
Get Started In… Paper Girls

This Eisner Award-winning series from Brian K. Vaughn is wrapping up! Check out our guide to Getting Started In Paper Girls comic books! 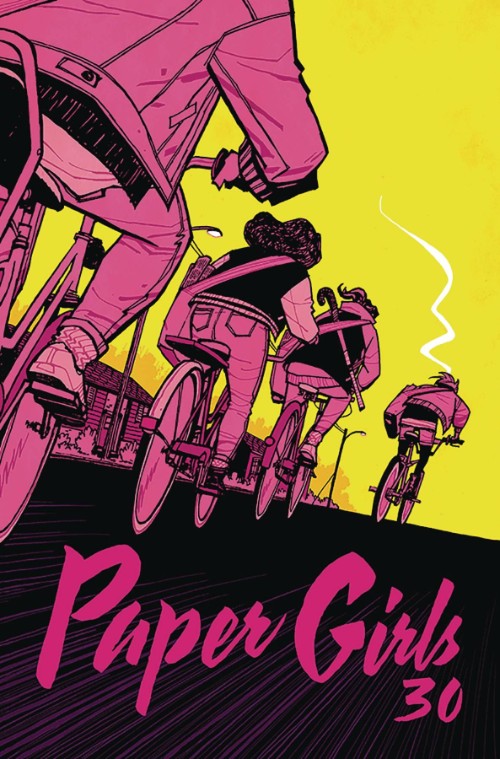 The following tags were added to Spiral Comics’ database since last month. They can represent existing pop culture tags that hadn’t been created in our database yet, as well as brand new tags from the latest Previews catalog. Click on the links to see a short description and any items that can be pre-ordered this month…
BLADE RUNNER
CARE BEARS
DEATH’S HEAD
MARVEL FACSIMILE EDITIONS
NEW BUFFYVERSE [2019]
VIZ MEDIA
VIZ SHOJO BEAT
VIZ SHONEN JUMP
VIZ SHONEN SUNDAY
VIZ SIGNATURE
WARP WORLD
YEAR OF THE VILLAIN–THE OFFER [2019]
Explore our massive Tag List here

There is something like 12 parsecs of new science fiction series being offered for pre-order this month. If you’re a fan of the genre, there’s definitely something here for you!

FIRST IMPRESSIONS FOR MAY 2019 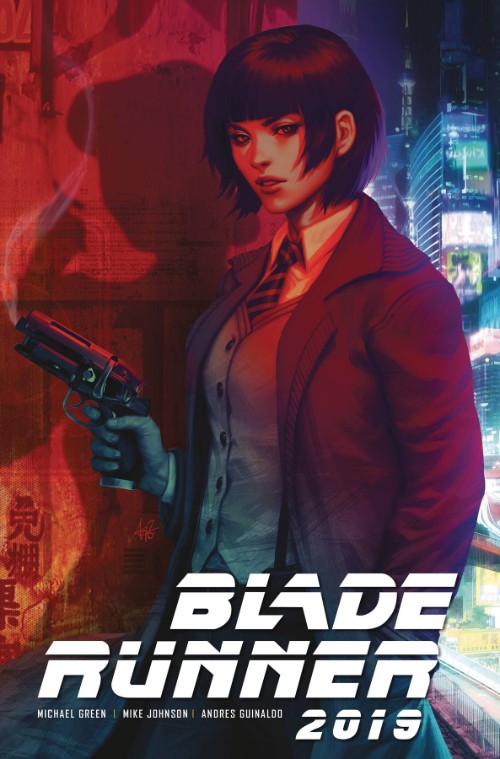 Blade Runner 2019 #1
One of the most exciting new series in comics–for me, at least–in a long time…original Blade Runner stories! 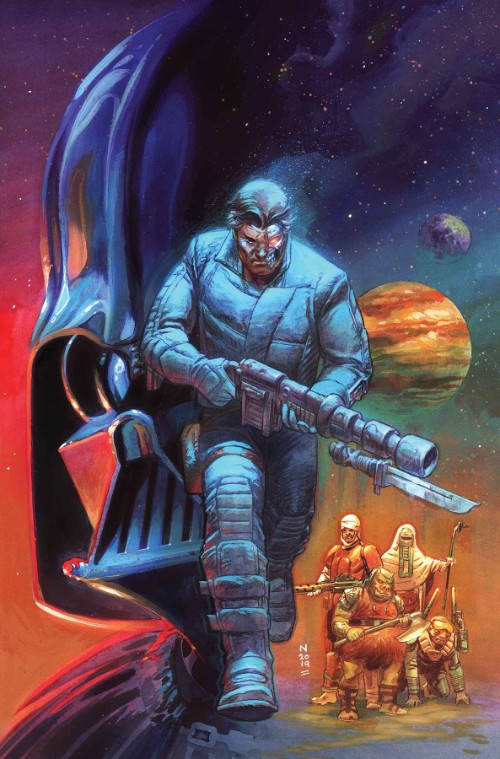 Star Wars: Target Vader #1
Vader vs. Valance the Hunter! This will be epic, for sure.

“THE HUNTER. DARTH VADER is on the hunt for a mysterious criminal syndicate operating outside of THE EMPIRE’s rule. But little does he know he’s being hunted by a group of the galaxy’s deadliest bounty hunters, hired by the syndicate to take out Vader once and for all. Led by fallen Imperial Officer BEILERT VALANCE, this ragtag group of assassins will stop at nothing to kill the biggest bounty of their lives.” 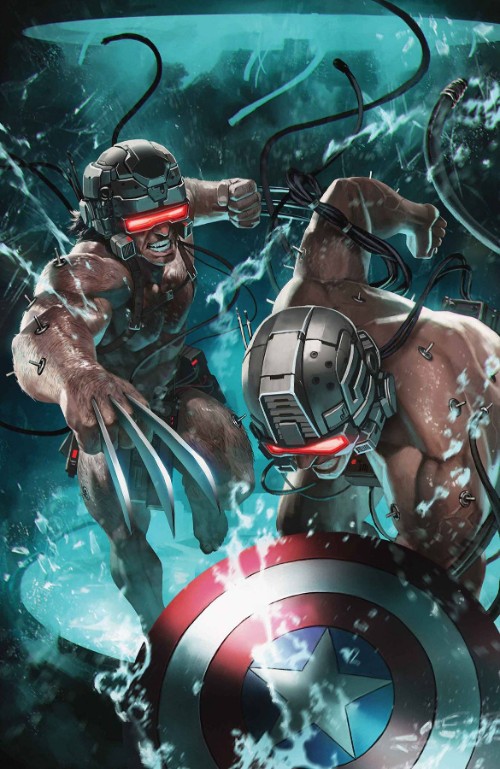 Wolverine and Captain America: Weapon Plus #1
Even if you think you know everything about Wolverine and Cap’s origins, there’s about to be some more to know in this unassuming one-shot. Required reading!

“THE SECRET HISTORY BEHIND THEIR ORIGINS REVEALED. In 1940, scientists attempted to make a man into the perfect weapon, a Super-Soldier. They failed and made him a legend instead. Before the turn of the century, they tried again for the tenth time. They failed, making a man into death incarnate. At long last, ETHAN SACKS (OLD MAN HAWKEYE, STAR WARS: GALAXY’S EDGE) and DIOGENES NEVES (GREEN ARROW, DEATHSTROKE) reveals the shadowy connections between Captain America, Wolverine and many more of the Marvel U’s Super-Soldiers… including some surprises. The conspiracy begins here..” 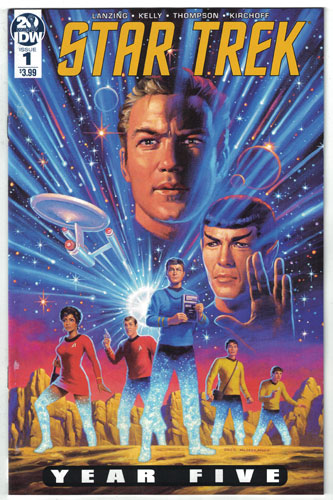 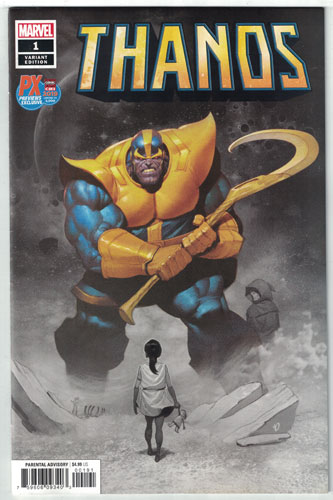 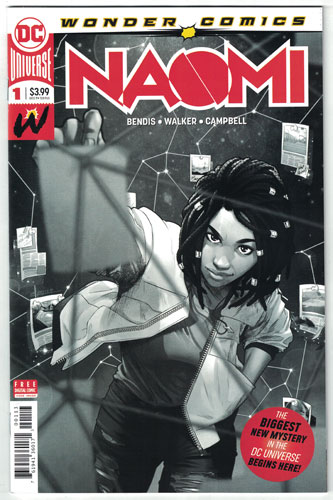