Hello, comic fans! So, there’s a real beginning trend in comic book these days with “surprise” series beginnings and endings. Image maybe started the whole thing with their DIE!DIE!DIE! series, which just showed up without being offered for pre-order, but their pièce de résistance in this “surprise” trend has be the abrupt ending to THE WALKING DEAD with issue #193. Gotta hand it to them for actually offering issues above #193 for pre-order that were never going to be published. What a great run on a truly monumental comic book series. Boom! Studios also pulled a series out of their hat with the surprise ANGEL series set in the New Buffyverse. These surprise events sure do make headlines and appear exciting to casual observers, but these events are perhaps more frustrating than exciting to the fans who are actively engaged in pre-ordering comic books each month. Oh, speaking of Boom! Studios, they have some fantastic offerings this month: DARK CRYSTAL: AGE OF RESISTANCE, an official prequel to the upcoming Netflix show; SOMETHING IS KILLING THE CHILDREN, a new, mini-series from James Tynion IV; and FIREFLY: THE STING, an original hardcover graphic novel. That’s some stuff worth checking out! As always, let us know if we can search our stacks for something…we try to cater to regular, normal newbies…crazy, intense collectors…and everyone in between (except for the foolish killer and deranged Punisher knockoff, Greg Sallinger). –Glenn
P.S. Spiral Comics offers a free Recommendations Service for upcoming comic books. Learn more here

Focus This Month:
Get Started In… Dark Crystal 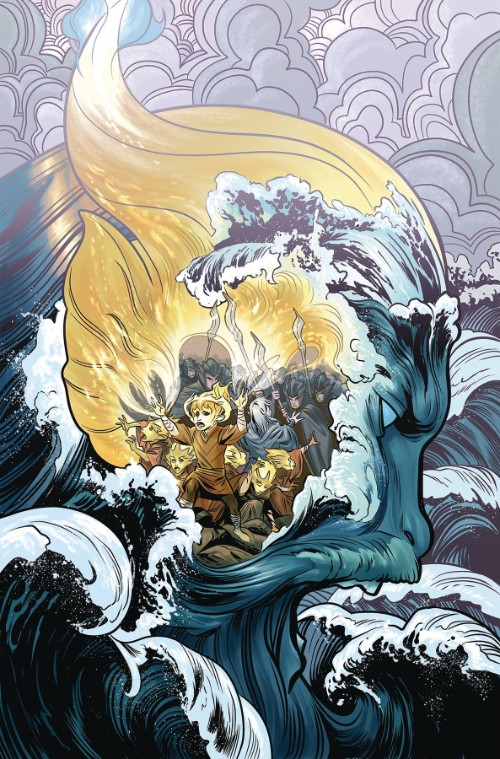 If you liked Netflix’s adaptation of UMBRELLA ACADEMY, don’t get caught on your heels when they adapt Steve Niles’ OCTOBER FACTION…another ‘family’ of supernatural monster hunters. ‘Crazy’ is the glue that holds this family together!/p> 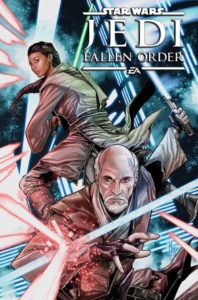 “IN THE GLORY DAYS OF THE REPUBLIC, TWO JEDI WILL GET CAUGHT UP IN A BATTLE THEY CAN’T UNDERSTAND – A BATTLE FOR THEIR LIVES. Leading into Jedi: Fallen Order™ the upcoming third-person action-adventure Star Wars™ title from Lucasfilm and Respawn Entertainment, DARK TEMPLE follows the Jedi Master ENO CORDOVA and his impulsive Padawan CERE JUNDA on their most dangerous mission yet. The Jedi Council has sent them to the remote planet Ontotho to oversee the peaceful excavation of a mysterious temple that has been uncovered. But they will come to find that what surrounds the temple may be even more dangerous than the mysteries within it. Clandestine local resistance forces and ruthless corporate security troops in a war for the fate of Ontotho – and the Jedi are caught in the middle.” 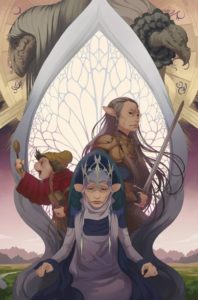 Dark Crystal: Age of Resistance #1
If you are as excited as I am about the upcoming Dark Crystal series on Netflix, this comic book series from Boom! is a must-read!!

“+ AN OFFICIAL PREQUEL TO THE HIT NETFLIX SERIES. + Return to another world, another time, Before the Age of Wonder. The Skesis rein over Thra, but there are distant echoes of rebellion. Gelfling and unlikely heroes emerge to champion what is good and just, but their paths to legend started long ago. Epic tales of adventure, magic, and mystery send us back in time to the Age of Resistance to witness the untold histories that forged these protectors of Thra. + Based on a story by Jim Henson’s Dark Crystal: Age of Resistance series writers, Will Matthews and Jeffery Addiss, Nicole Andelfinger ( Lumberjanes ) and Matias Basla ( Sparrowhawk ) present an official prequel to the next chapter of the pop culture phenomenon, now streaming on Netflix.” 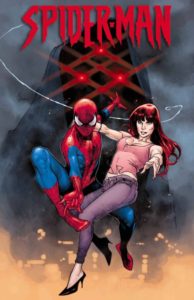 Spider-Man #1
This I did not see coming…a Spider-Man mini-series from J.J. Abrams and his son. Definitely worth checking out!