Description: STARBRAND REBORN Part Three: THE RISE OF THE WAR WIDOW: The battle for the Starbrand heats up like a supernova, as Captain Marvel goes toe to toe with Firelord, Ghost Rider races the Silver Surfer and Brood Thor... tries to eat the Avengers. Meanwhile the Black Widow kicks much butt in outer space with a bold new weapon in her arsenal. That's right, the Black Widow + the War Machine armor = the all-new, all-deadly War Widow.

Description: 'THE LAST AVENGER' CONCLUSION. It's all come down to Captain Marvel versus Vox Supreme. Since discovering her Kree heritage, Carol Danvers has struggled to reconcile her human and her alien sides. Now she must fight for both - or lose everything. But Earth's Mightiest Hero has a new plan...will the power of the Avengers be enough to save the world? Rated T+.

Description: As his homeland is invaded by foreign adversaries, DOCTOR DOOM continues to be hunted, and on his own. But his conviction strengthens as he further embraces a possible future where he becomes the savior of all humankind. In order to confront those who have set him up as a global criminal, Doom will fight his way through the doors of the spy organization A.I.M, where he'll battle his would-be assassin TASKMASTER, and match wits with one of the biggest brains in the universe... M.O.D.O.K. Meanwhile, a forgotten and bereft hero of the past will suddenly rise on the geopolitical stage...

Creators: Story by Tini Howard. Art by Marcus To. Cover by Mahmud Asrar.

Description: THE SECRET OF ROGUE'S COFFIN. Locked in her mysterious coffin, Rogue dreams. Meanwhile, Apocalypse performs a ritual, and the throne of power changes hands. The reign of mutantkind reaches the Otherworld at last.

Description: HARK. MORE ANGELS FALL. Husk and Bling. Join Psylocke and company on their mission to stave off Apoth and his children. Then - Cable turns on X-23?

Description: The history of the Ravencroft Institute for the Criminally Insane has been shrouded in mystery for years. NO LONGER. In the wake of ABSOLUTE CARNAGE, the facility's past has started to unravel, and in doing so has revealed hidden chapters in the lives of some of the Marvel Universe's most recognizable heroes and villains.

Description: BORN OF THE REALITY STONE, THE BREAKOUT CHARACTER FROM CAPTAIN MARVEL FLIES SOLO. Ambitious reporter Ripley Ryan rocked New York City when she became the hero STAR, adored by everyone. But in truth she was Dr. Minerva's attempt at a Kree-human Super-Soldier. Desperate for the strength to control her own destiny, she tried to kill Captain Marvel - and failed. Ripley was left, defeated and powerless, in the Raft...or so she thought. The Reality Stone has found her, and now no prison can hold her. You thought you knew what the Infinity Stones were capable of. Think again.

Description: THE MENACE OF HOBGOBLIN CONTINUES. Peter Parker's world is turned upside-down - but is it for the better? What's so different about this world that Spider-Man would want to stay? GUEST STARRING DOCTOR STRANGE.

Description: 'VENOM ISLAND' PART II Donny Cates' VENOM epic continues in grand fashion after ABSOLUTE CARNAGE, joined by industry legend and celebrated VENOM artist Mark Bagley. That's all you're getting out of us for this one, True Believers. After all, ABSOLUTE CARNAGE isn't quite over yet...

Description: DEADLY CHOICES CARRY DARK CONSEQUENCES. First, Domino and Forge have to pick up the pieces as the team faces a major setback. Then, Beast takes matters into his own hands when a piece of new technology threatens the safety of the nation. 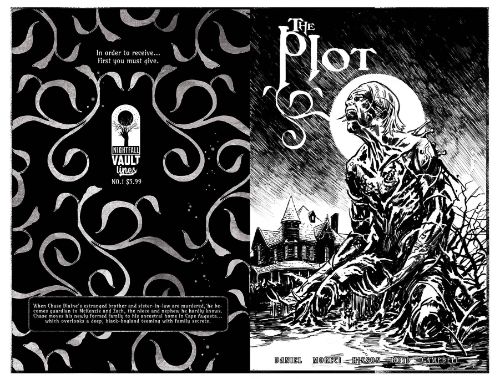 Description: In order to receive... First you must give. When Chase Blaine's estranged brother and sister-in-law are murdered, he becomes guardian to McKenzie and Zach, the niece and nephew he hardly knows. Seeking stability for the children, Chase moves his newly formed family to his ancestral home in Cape Augusta... which overlooks a deep, black bogland teeming with family secrets.