Foul-mouthed, hard-drinking, ex-superhero, Jessica Jones, runs Alias Investigations and lives the typical life of a tough-as-nails private investigator. That's the character that Brian Michael Bendis introduced in ALIAS [2001] #1-28. Through retroactive continuity (retcon) explanations in ALIAS [2001] #22-23, Jessica Jones' origin turns out to be intricately intertwined with Peter Parker's. They both attended Midtown High School, and Jessica 'Campbell' had a crush on Peter but never told him. A traffic accident involving experimental chemicals was tragic for the rest of Jessica's family and led to her being adopted by the Jones family and to her subsequently gaining superpowers herself. Jessica's abilities are quite bland on the grand spectrum of superpowers. She has increased strength and some degree of invulnerability. She had the ability of flight which degenerated after extended disuse, but showed indications of coming back with reuse. Her introduction in her first Marvel MAX series was dark, reflecting some terrible events involving her nemesis, the Purple Man, which led to her hanging up her cape. Jessica Jones has gone by several superhero aliases throughout her career: Jewel, Knightress, and Power Woman. After ALIAS, the inappropriate Jessica slowly disappeared, and she migrated back to a less controversial mix of a standard super-hero career with a domestic life. She married Luke Cage, she joined the New Avengers at one point, and they had a daughter together. She has been a member of the Avengers extended family since. The character's overall popularity got a huge bump from her self-titled Netflix series, which is part of the Netflix arm of the Marvel Cinematic Universe (MCU) and explores her time as a disenfranchised private investigator. Although Jessica's powers are relatively below average, she makes up for it with strong character.

In modern comic publishing, it's common (and expected) for individual comic book issues to be collected into compilations of trade paperbacks and/or hardcovers, as well as other special compilations. Unlike the individual source issues, the collected editions typically stay in print for long periods and are less 'collectible.' If individual issues are out of reach or are not of interest to you or if you just need reading copies, the following collected editions of Jessica Jones comic books are the most recent in-print editions and are the perfect alternative to get started right away with Jessica Jones. The following compilations are presented in a chronologically-based suggested reading order with softcover editions before any hardcover editions (unless the only in-print editions are hardcover--these are integrated into the softcover list).

The first appearance of a character in comic book form is often the most valuable issue featuring that character. It's a nice place to get started in Jessica Jones, if it's within your budget. A burnt-out Jessica Jones was introduced in ALIAS [2001] #1 after an implied rocky super-hero career. Through retroactive continuity (retcon) explanations in ALIAS [2001] #22-23, Jessica Jones' origin turns out to be intricately intertwined with Peter Parker's. They both attended Midtown High School, and Jessica 'Campbell' had a crush on Peter but never told him. A traffic accident involving experimental chemicals was tragic for the rest of Jessica's family and led to her being adopted by the Jones family and to her subsequently gaining superpowers herself. The 6-page backup story, THE BEST VERSION OF MYSELF, in AMAZING SPIDER-MAN [2003] #601 from Oct 2009 makes another retcon change by identifying the brunette in the last panel of story page 12 of AMAZING SPIDER-MAN [1963] #4 as Jessica. Retcon changes tend to be controversial, and fan acceptance tends to be subjective. When there is more than one candidate for 'first appearance,' the market usually indicates the relative importance of each book. AMAZING SPIDER-MAN [1963] #4 outvalues ALIAS [2001] #1 by a wide margin, but this is more likely because it is such a key, early Spider-Man book on its own than because it contains an unnamed Jessica Jones in one panel. All of the key books surrounding Jessica Jones' 'first appearance' are included below for completeness.

The original presentation of an origin story or a retelling/recounting of it can be a good place to get started with a character or subject. Through retroactive continuity (retcon) explanations in ALIAS [2001] #22-23, Jessica Jones' origin turns out to be intricately intertwined with Peter Parker's. They both attended Midtown High School, and Jessica Campbell had a crush on Peter but never told him. A traffic accident involving experimental chemicals was tragic for the rest of Jessica's family and led to her being adopted by the Jones family and to her subsequently gaining superpowers herself.

Series beginnings are always great places to get started in comic books. Here is the Main Publication History for Jessica Jones comic books. Jessica Jones has headlined three of her own series. In the mid- to late-2000's, she had a host of guest appearances throughout the Marvel publishing lines, as she ramped up to her marriage to Luke Cage and a membership in the New Avengers. Since then she has appeared in many Avengers family titles. More recently she is part of the new street-level Defenders, a roster inspired by the Netflix arm of the Marvel Cinematic Universe (MCU). The Main Publishing History for Jessica Jones contains series where she was the focal character. See the Secondary Publishing History for other important appearances.

If you've already enjoyed some of the main series for Jessica Jones listed in the Main Publication History above, series from this secondary publication list are very good places to further your exploration. Jessica Jones was created by Brian Michael Bendis, and he included her in many of the series he wrote throughout the 2000's before other writers began to use her and before she gained membership with the New Avengers. As part of the Avengers family, she appears in many Avengers titles.

This section contains a curated list of some of the best storylines for Jessica Jones, any one of which can be a good place to get started. The inappropriate Jessica Jones slowly disappeared after the ALIAS series in favor of a more traditional super-heroine. 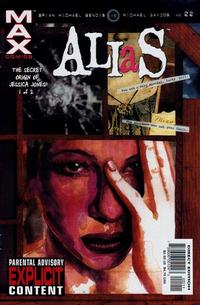 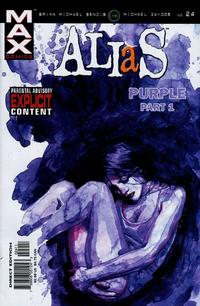 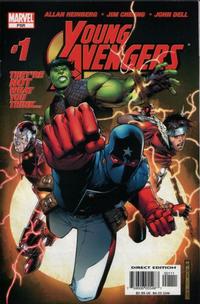 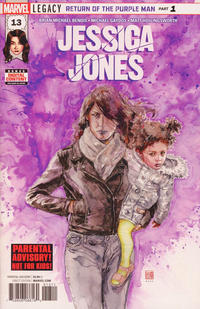 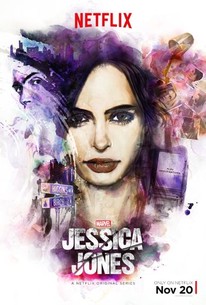 Netflix's Jessica Jones series, Season 1 released in November of 2015, was adapted from Marvel's first Jessica Jones comic book series, ALIAS [2001]. The television series owes much of its noir-ish tone and dark subjects to the comic series, but the television series is more tightly scripted as a cohesive 13 episodes surrounding her nemesis, the Purple Man, versus the story-arc nature of the 28 comic book issues which covers several other non-related super-hero investigations by Jessica. The first episode of the Netflix series introduces us to the characters of Jeri Hogarth, Luke Cage, and Trish Walker. Netflix's Jeri Hogarth is a female version of the comic book character Jeryn Hogarth, a friend of Iron Fist's father Wendell and an attorney for the Heroes for Hire. Hogarth's first comic book appearance is IRON FIST [1975] #6. In the comic books, Luke Cage will become the most important person in Jessica's life. His first appearance in comic books is HERO FOR HIRE [1972] #1. Netflix's Trish Walker is inspired by the comic book character Hellcat (Patricia 'Patsy' Walker). This character made her debut in MISS AMERICA MAGAZINE [1944] #2 as a teen humor-heroine (the magazine was published by Timely, the precursor company to Marvel), but was later introduced into the Marvel Universe in 1976 in AVENGERS [1963] #144. Jessica's neighbor in the television series, Malcom Ducasse, is based on the comic character, Malcom Powder. His first appearance is in ALIAS [2001] #6. 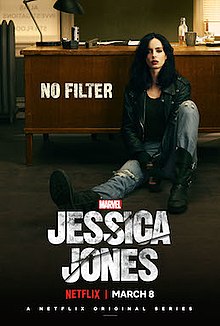 Season 2 of the Jessica Jones television series from Netflix was released in March of 2018 and--plotwise--went into uncharted territory from the comic books. The season further explores the time period when Jessica is a down-and-out private detective, even though Season 1 had exhausted virtually all of the major comic book source material for that period. Also, Season 2 introduces the organization IGH and reveals that Jessica's natural mother is still alive. Neither of these developments have been introduced in the Marvel Universe proper. However, Season 2 of Jessica Jones still has a few connections to comic book source material--characterwise. In the first episode, we are introduced to another product of IGH's experimentation, the Whizzer (Robert Coleman). The Whizzer goes back to the Golden Age of Marvel Comics with his first appearance in USA COMICS [1941] #1. The comic book character's real name is Robert Frank, and his father's name is Emil Frank. Emil is the name of the television character's ferret. In comics, the Whizzer was re-introduced in the Silver Age in GIANT-SIZE AVENGERS [1974] #1. Dr. Kozlov's first comic book appearance was STRANGE TALES [1951] #83. Dr. Karl Malus' first comic book appearance was SPIDER-WOMAN [1978] #30. Aside from their names, neither of these characters bear much resemblance to their comic book counterparts. Several other new characters are introduced in Season 2 of the television show but have no comic book counterparts. The Raft is mentioned in the television series, as the only place that could hold superpowered criminals like Jessica's mother. In comics, the Raft first appeared in NEW AVENGERS [2005] #1. The Raft was shown in the MCU film, CAPTAIN AMERICA: CIVIL WAR, and the show has a couple other MCU references embedded. Kilgrave 'returns' in Season 2 of Jessica Jones, but only in Jessica's mind--as she killed him at the end of Season 1. In the comic book universe, Jessica stopped short of killing Killgrave (the Puple Man) when she beat him to a bloody pulp. He was subsequently locked up at the Raft. In Brian Michael Bendis' farewell story arc for Jessica Jones (Bendis is Jessica's comic book creator), Jessica tangles with the Purple Man a final time in JESSICA JONES [2016] #13-17. The television show was canceled before we had a chance to see if Kilgrave would return to torment Jessica's mind in future seasons as well.

A key issue can be an acceptable place to get started with Jessica Jones, but they are more of a collector's checklist, as they can carry high price tags. 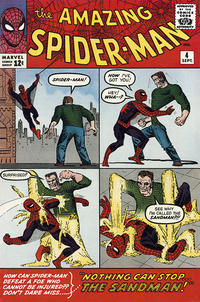 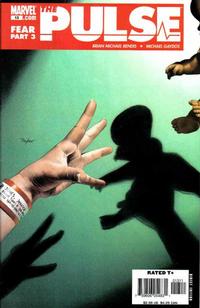 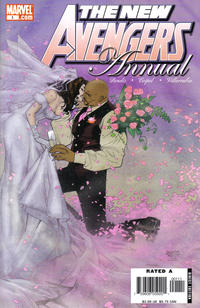