SEVEN TO ETERNITY is a 2016 Image comic book series from writer Rick Remender and artist Jerome Opena that tells the tale of Adam Osidis, 'a dying knight from a disgraced house.' The Kingdom is a dystopian fantasy-world with powerful magic users with varying powers. When one turns evil and conquers the land with his 'mind-controlling' power, nearly all hope is lost, and the land and its inhabitants suffer greatly. Adam reluctantly joins a small band of freedom fighters--the last of the powerful magic users--and they must complete their mission to finally defeat the 'God of Whispers.' SEVEN TO ETERNITY delightfully mixes grand-scale, fantasy world-building with stunning art.

In modern comic publishing, it's common (and expected) for individual comic book issues to be collected into compilations of trade paperbacks and/or hardcovers, as well as other special compilations. Unlike the individual source issues, the collected editions typically stay in print for long periods and are less 'collectible.' If individual issues are out of reach or are not of interest to you or if you just need reading copies, the following collected editions of Seven to Eternity comic books are the most recent in-print editions and are the perfect alternative to get started right away with Seven to Eternity. The following compilations are presented in a chronologically-based suggested reading order with softcover editions before any hardcover editions (unless the only in-print editions are hardcover--these are integrated into the softcover list).

The first appearance of a character in comic book form is often the most valuable issue featuring that character. It's a nice place to get started in Seven To Eternity, if it's within your budget.

The original presentation of an origin story or a retelling/recounting of it can be a good place to get started with a character or subject. Seven To Eternity does not have a typical superhero-style origin story. The basic premise of the series is established in the first story arc.

Series beginnings are always great places to get started in comic books. Here is the Main Publication History for Seven to Eternity comic books. As with most creator-owned, Image series, the story is contained in a single ongoing series and subsequently collected into trade paperbacks.

A key issue can be an acceptable place to get started with Seven To Eternity, but they are more of a collector's checklist, as they can carry high price tags. The first and early issies of Seven To Eternity are all eagerly sought by collectors. 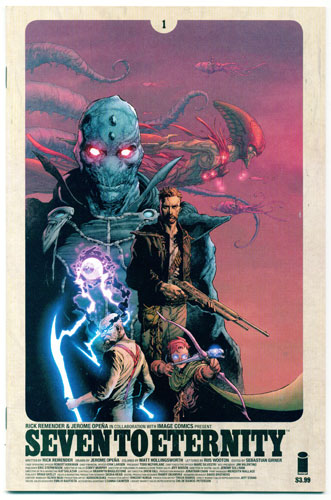 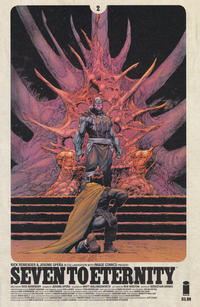 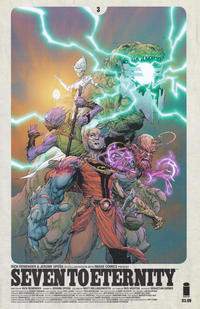 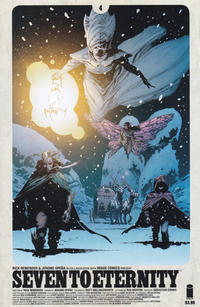