TANGLED is the 50th animated feature film from Walt Disney Animation Studios, released in Nov 2010 with a short film, TANGLED EVER AFTER, following in 2012 and an animated television series TANGLED: THE SERIES, following in 2017. Loosely based on the Brothers Grimm fairy tale of the main character's name, Rapunzel has magical long hair which can heal and extend life. Rapunzel escapes the tower in which she is unknowingly imprisoned by her 'Mother' Gothel and gets caught up in the hijinks of a thief, Flynn Rider, which ultimately reveal her true identity as the abducted princess from the nearby kingdom. The feature film received generally favorable praise but failed to outdo any of Disney's signature classics. Comic books based on Tangled consisted merely of a graphic novel adaptation until the TANGLED: THE SERIES animated television show timeframe, to which IDW issued a few original graphic novels and several mini-series. Joe Books published a couple of their cinestory graphic novels in the same timeframe as well.

In modern comic publishing, it's common (and expected) for individual comic book issues to be collected into compilations of trade paperbacks and/or hardcovers, as well as other special compilations. Unlike the individual source issues, the collected editions typically stay in print for long periods and are less 'collectible.' If individual issues are out of reach or are not of interest to you or if you just need reading copies, the following collected editions of Tangled comic books are the most recent in-print editions and are the perfect alternative to get started right away with Tangled. The following compilations are presented in a chronologically-based suggested reading order with softcover editions before any hardcover editions (unless the only in-print editions are hardcover--these are integrated into the softcover list).

The first appearance of a character in comic book form is often the most valuable issue featuring that character. It's a nice place to get started in Tangled, if it's within your budget. Tangled comics weren't published in standard comic book format for several years before IDW put out a few. All of the early Tangled material is softcover adaptations. The very first graphic novel was exclusive to the Disney Store, and--like anything distributed outside the comic book direct market--is hard to come by in comic book specialty shops.

The original presentation of an origin story or a retelling/recounting of it can be a good place to get started with a character or subject. The 'origin' of a superhero/villain is typically the event or circumstances surrounding how they gained their powers and/or began fighting/committing crime. But, Tangled is a musical fantasy, not a superhero story. The original film was adapted in comics a couple times from 2010-2017 (see other sections of this guide for further details).

Series beginnings are always great places to get started in comic books. Here is the Main Publication History for Tangled comic books. Before 2017, Tangled comics were just adaptations of the feature movie and the television movie sequel. In 2017, comics based off the TANGLED: THE SERIES animated television show began. 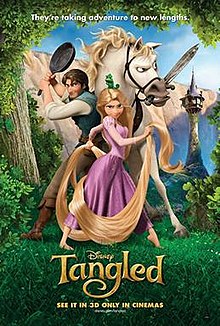 A key issue can be an acceptable place to get started with Tangled, but they are more of a collector's checklist, as they can carry high price tags. The issues listed in this section are predominantly non-variants (i.e. main covers). 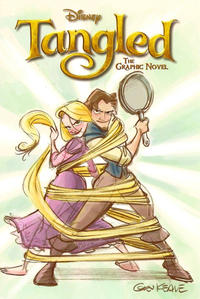 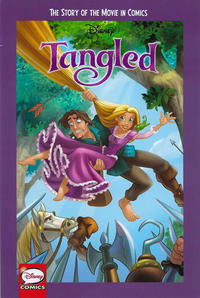 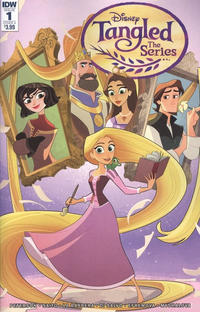