MIRACULOUS: TALES OF LADYBUG AND CAT NOIR is an original CGI-animated television show starring two Parisian teenagers, Marinette Dupain-Cheng and Adrien Agreste, who transform into the superheroes Ladybug and Cat Noir to protect the city from supervillains. Key to the transformations are tiny magical assistants called 'Kwami' and magical accessories called 'Miraculous.' The evil Hawk Moth uses his powers to create unique supervillains out of ordinary people. Marinette has a schoolgirl crush on Adrien, but they don't know each other's secret identity! The show's perfect mix of charm, cleverness and humor has made it one of the most inspirational superheroine shows on television. The brand has expanded into toys, video games, and a potential live-action feature film.

In modern comic publishing, it's common (and expected) for individual comic book issues to be collected into compilations of trade paperbacks and/or hardcovers, as well as other special compilations. Unlike the individual source issues, the collected editions typically stay in print for long periods and are less 'collectible.' If individual issues are out of reach or are not of interest to you or if you just need reading copies, the following collected editions of Miraculous (Ladybug and Cat Noir) comic books are the most recent in-print editions and are the perfect alternative to get started right away with Miraculous (Ladybug and Cat Noir). The following compilations are presented in a chronologically-based suggested reading order with softcover editions before any hardcover editions (unless the only in-print editions are hardcover--these are integrated into the softcover list).

The MIRACULOUS [2016] comic book series adapted the television show episodes of season one, and the compilations of those are included in the list below. But Action Lab has apparently skipped single-issue adaptations and gone straight to publishing only softcover versions for season two, so we've included those in the list below as well even though they are not technically 'compilations.'

The first appearance of a character in comic book form is often the most valuable issue featuring that character. It's a nice place to get started in Miraculous (Ladybug and Cat Noir), if it's within your budget. The flagship comic book series, MIRACULOUS [2016], is adapting episodes of the animated television show.

The original presentation of an origin story or a retelling/recounting of it can be a good place to get started with a character or subject. The MIRACULOUS ORIGINS [2016-TPB] graphic novel adapts the two episodes of the animated television show that tell the superheroes' origin story: Ladybug and Cat Noir (Origins - Part 1) (S1/E15) and Stoneheart (Origins - Part 2) (S1/E16). Although the flagship comic book title, MIRACULOUS [2016], is adapting episodes of the animated television show, the two-part story in MIRACULOUS ORIGINS [2016-TPB] is not part of the flagship series.

Series beginnings are always great places to get started in comic books. Here is the Main Publication History for Miraculous (Ladybug and Cat Noir) comic books. There is a limited amount of Miraculous comic book material. The main MIRACULOUS series adapts the televison show. A limited series, MIRACULOUS: ADVENTURES OF LADYBUG AND CAT NOIR [2017], contains original stories. Also, there are a couple of one-off Free Comic Book Day (FCBD) issues with original stories.

If you've enjoyed non-comic media for Miraculous (Ladybug and Cat Noir), this section describes the comic book source material for some of the most popular non-comic media. Action Lab's comic book series MIRACULOUS [2016] is an adaptation of the CGI animated television series. The two-part origin story from Season 1 is adapted in the graphic novel MIRACULOUS ORIGINS [2016-TPB]. Season 2 is being adapted for comic books as well. It's too soon to say if the planned live-action movie will be based on any comic book source material.

A key issue can be an acceptable place to get started with Miraculous (Ladybug and Cat Noir), but they are more of a collector's checklist, as they can carry high price tags. 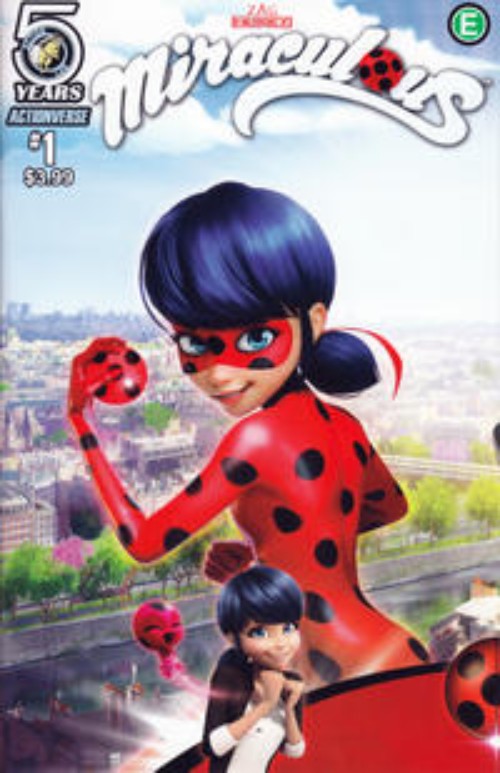 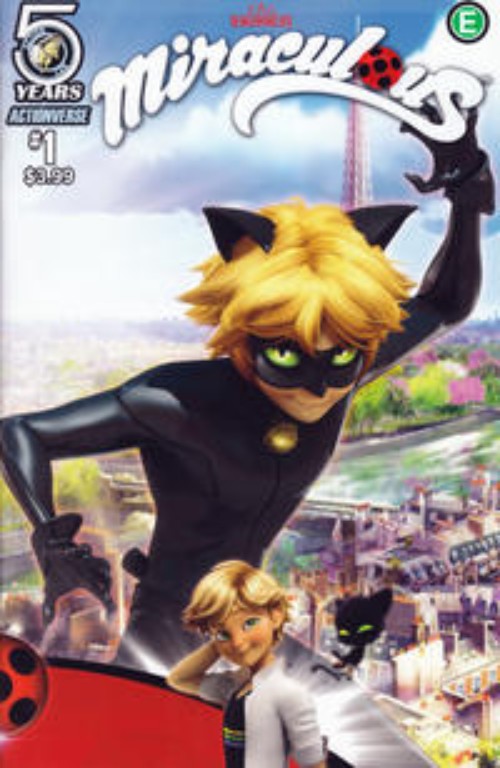 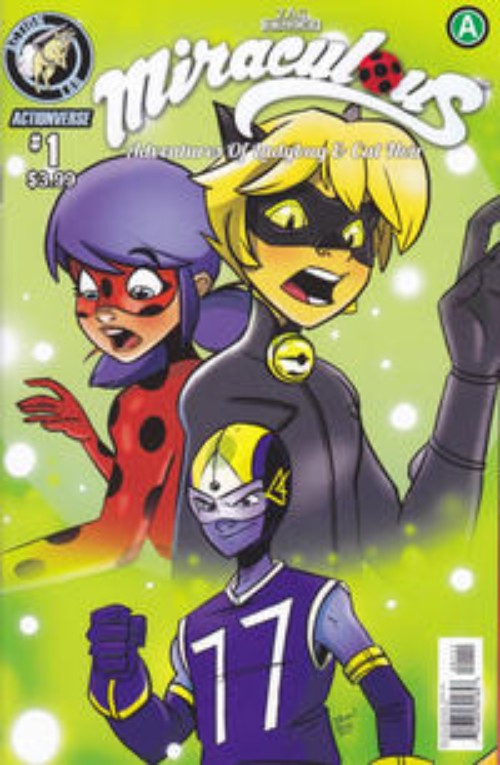