Voltron is the shared name of several versions of a giant super robots all descended from Japanese anime for US audiences. In its most recognizable form it is the story of five young pilots controlling five robot lions which can combine to form the super robot, Voltron, to fight intergalactic evil, especially King Zarkon who has a lust to acquire Voltron for himself. In the US, VOLTRON: DEFENDER OF THE UNIVERSE was an animated television show which aired from 1984-1985. The first season featured the 'Lion Force Voltron' (quixotically aka Voltron III) adapted from the Japanese Beast King GoLion anime. The second season featured the 'Vehicle Force Voltron' (aka Voltron I) adapted from Armored Fleet Dairugger XV. The popularity of the first US animated television series, VOLTRON: DEFENDER OF THE UNIVERSE--especially the Lion Force version--led to multiple follow-on cartoon series and ultimately a whole Voltron franchise. A third season of the original show adapting a different anime which would be Voltron II was abandoned (although some toys were produced). Two seasons of VOLTRON: THE THIRD DIMENSION were produced in 1998. This animated series was a sequel to Lion Force Voltron and was set five years after that season of the show. On the heels of the Transformers' success, plans for a live-action Voltron movie in 2005 never materialized. A reboot of the animated series aired in 2011 on Nicktoons as VOLTRON FORCE, and another reboot began in 2016 on Netflix as VOLTRON LEGENDARY DEFENDER.

Comic books have been a part of the Voltron franchise since the beginning. Multiple publishers have published Voltron comic books throughout the decades, either tied into the different animated television series or as franchise reboots themselves. Each new incarnation has added signature elements to the franchise, so there is not one, unified canon/continuity. Modern Comics published three issues way back in 1985 which are firmly tied to the classic animated television series' continuity (Lion Force Voltron), but Devil's Due Publishing issued comics from 2005-2008 with the first franchise revamp but with the same name VOLTRON: DEFENDER OF THE UNIVERSE. (The first volume was published in conjunction with Dreamwave and Image Comics.) Dynamite Comics published Voltron comics from 2011-2016 with the VOLTRON FORCE reboot, when Lion Forge took over the franchise license with comics associated with Netfix/DreamWork's VOLTRON LEGENDARY DEFENDER series. Viz also issued some manga-formatted digests during Dynamite's publishing tenure.

With the airing of the final season Netflix's VOLTRON LEGENDARY DEFENDER animated television series, the future of the Voltron franchise is open. But having lasted decades--through multiple fan generations, it's bound to have some kind of future.

In modern comic publishing, it's common (and expected) for individual comic book issues to be collected into compilations of trade paperbacks and/or hardcovers, as well as other special compilations. Unlike the individual source issues, the collected editions typically stay in print for long periods and are less 'collectible.' If individual issues are out of reach or are not of interest to you or if you just need reading copies, the following collected editions of Voltron comic books are the most recent in-print editions and are the perfect alternative to get started right away with Voltron. The following compilations are presented in a chronologically-based suggested reading order with softcover editions before any hardcover editions (unless the only in-print editions are hardcover--these are integrated into the softcover list).

The Dynamite material is on its way out of print, but the Lion Forge compilations are readily available. The two publishers publish(ed) stories in different continuities. The Lion Forge material ties directly in with the Netflix/Dreamworks animated televsion show VOLTRON LEGENDARY DEFENDER.

The first appearance of a character in comic book form is often the most valuable issue featuring that character. It's a nice place to get started in Voltron, if it's within your budget. Modern Comics published three Voltron comic books (the Lion Force Voltron) in 1985 that tied directly into the first season of the original US animated television show, VOLTRON: DEFENDER OF THE UNIVERSE.

The original presentation of an origin story or a retelling/recounting of it can be a good place to get started with a character or subject. The 'origin' of a superhero is typically the event or circumstances surrounding how they gained their powers and/or began fighting crime. However, Voltron is not a superhero franchise. The origin of how the team comes together in each incarnation is told (or just assumed) in the first arc. Devil's Due Publishing did tell an origin story, of sorts, for the super robot with their time-travelling adventure mini-series, VOLTRON: A LEGEND FORGED, in 2008, so we present that as a surrogate origin story in the list below.

Series beginnings are always great places to get started in comic books. Here is the Main Publication History for Voltron comic books. Multiple publishers have published Voltron comic books throughout the decades, either tied into the different animated television series or franchise reboots. Each new incarnation has added signature elements to the franchise, so there is not one, unified canon/continuity. Modern Comics published three issues way back in 1985 which are firmly tied to the classic animated television series' continuity, but Devil's Due Publishing issued comics from 2005-2008 with the first franchise revamp. (The first volume was published in conjunction with Dreamwave and Image Comics.) Dynamite Comics published Voltron comics from 2011-2016 with another reboot based on the VOLTRON FORCE animated series, when Lion Forge took over the franchise license with comics associated with Netfix/DreamWork's VOLTRON LEGENDARY DEFENDER animated series. Viz also issued some manga-formatted digests during Dynamite's publishing tenure.

This section contains a curated list of some of the best storylines for Voltron, any one of which can be a good place to get started. Although there are many shared elements, fans of a specific iteration of Voltron will undoubtedly be keenly interested in comics that tie into that specific iteration. The list below includes the beginning arcs of each publisher's publishing tenure. 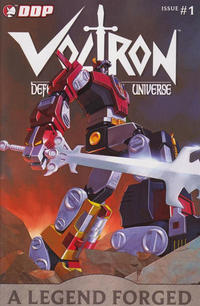 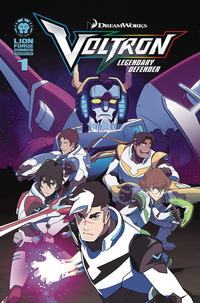 A key issue can be an acceptable place to get started with Voltron, but they are more of a collector's checklist, as they can carry high price tags. 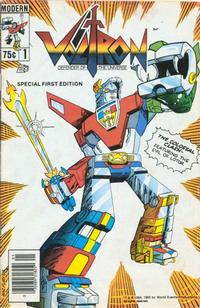 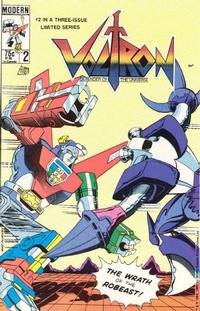 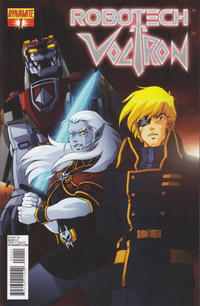