X-O Manowar is one of Valiant's original and foundational characters from their initial launch in the early 90's. Aric of Dacia was a Visigoth barbarian living in 400 A.D., his tribe in bloody conflict with the expanding Roman Empire. Unexpectedly abducted by spider aliens, he was enslaved aboard their starship for years until he steals their ultimate weapon--the X-O Manowar armor, a semi-sentient suit of malleable armor with incredible power. When Aric returns to Earth, 1600 years have passed due to time dilation during faster-than-light space travel. Aric must adjust to the 20th century...and fend off aliens intent on recovering their sacred armor. Acclaim significantly altered the character's backstory when in 1997 they relaunched the Valiant line of titles that they had acquired. This Aric was a modern-day scientist, and his armor was an ancient artifact recovered by the U.S. government during WWII. When Valiant reformed in 2012, they relaunched X-O Manowar again as one of their flagship titles with a more faithful reinterpretation of the original version. Incorporating only slight changes to Aric's story for modern audiences, the Valiant New Universe version has also expanded the backstory of the armor itself. The flexibility of X-O Manowar's milieu makes the title equally at home telling man-out-of-time stories on Earth or space opera tales throughout the galaxy.

This is a curated list of the most current series to help you get started with X-O Manowar comic books. The series listed in this section are predominantly series of individual comic issues, but the list can include digests and softcovers (and even hardcovers) if the material is original material.

Comic books are serialized periodicals. The absolute best place to jump on with any comic series is a series beginning, but, if the run has gotten lengthy, the beginning of a new story arc or of a new creative team are other great--and perfectly acceptable--places to get started right away. This section contains a curated list of the latest issues from current and recent series where you can get started in X-O Manowar. Look below for series beginning or start of a story arc. Subsequent sections explore the subject's publishing history and indicate other less recent places to get started in X-O Manowar.

In modern comic publishing, it's common (and expected) for individual comic book issues to be collected into compilations of trade paperbacks and/or hardcovers, as well as other special compilations. Unlike the individual source issues, the collected editions typically stay in print for long periods and are less 'collectible.' If individual issues are out of reach or are not of interest to you or if you just need reading copies, the following collected editions of X-O Manowar comic books are the most recent in-print editions and are the perfect alternative to get started right away with X-O Manowar. The following compilations are presented in a chronologically-based suggested reading order with softcover editions before any hardcover editions (unless the only in-print editions are hardcover--these are integrated into the softcover list).

The very first ongoing series from Valiant (classic Valiant Universe) is not in print, but there were trade paperback compilations and a few hardcovers, so they can be found in the secondary market. Valiant's New Universe material has been continually in print.

The first appearance of a character in comic book form is often the most valuable issue featuring that character. It's a nice place to get started in X-o Manowar, if it's within your budget. X-O Manowar is one of Valiant's original characters from their initial launch in the early 90's and first appeared in issue #1 of his own self-titled series.

The original presentation of an origin story or a retelling/recounting of it can be a good place to get started with a character or subject. The origin story of X-O Manowar is the story of how Aric of Dacia comes to possess the X-O armor. The opening issues of each ongoing series details how the host ends up bonding with the armor. Valiant has a history of providing character profile synopses in bargain one-shots, so concise recaps can be found in these as well.

This section contains a curated list of some of the best storylines for X-O Manowar, any one of which can be a good place to get started. The 1992 and the 2012 series are the 'barbarian'-Aric stories from the Valiant Universe and the Valiant New Universe, respectively. You can start with the first arc of either of these series and then binge the whole thing after they draw you in completely. 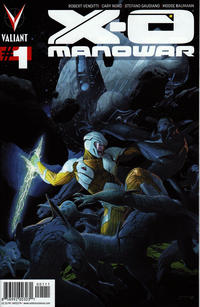 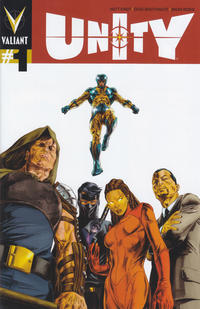 If you've enjoyed non-comic media for X-O Manowar, this section describes the comic book source material for some of the most popular non-comic media. However, X-O Manowar has not--to date--appeared in any movies as the main subject. Ninjak--another Valiant original, foundational character--headlines a 6-episode web series, in which X-O Manowar makes a guest appearance. The web series is based on the 4-issue mini-series of the same name, NINJAK VS. THE VALIANT UNIVERSE [2018].

A key issue can be an acceptable place to get started with X-O Manowar, but they are more of a collector's checklist, as they can carry high price tags. 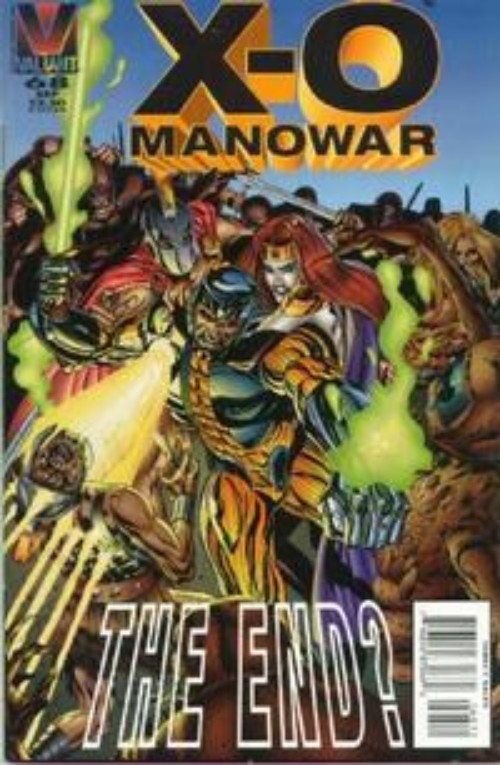