SERENITY (FIREFLY) has a devoted fanbase for good reason...it's a strong space Western story with captivating characters. Despite its short-lived television series, Joss Weadon's Firefly franchise has achieved cult status. The orginal story is set in the year 2517, after humanity's arrival in a new star system, and follows the adventures of the renegade crew of Serenity, a 'Firefly-class' spaceship. The ongoing epic explores the lives of Serenity's crew--some of whom fought on the losing side of a civil war--who make a living on the fringes of society as part of the pioneer culture of their star system. In this future, the only two surviving superpowers, the United States and China, fused in culture and civil structure with a single central federal government, called the Alliance. Although no new film or television entries are expected for Serenity (Firefly), the franchise story lives on in comic book form. Dark Horse had been releasing Serenity (Firefly) comic book mini-series every several years from 2005-2017 with irregularly published one-shots interspersed between the mini-series. All stories, although not necessarily published chronologically, are considered canon in the same continuity with the television series and the film. And the story continues, as the comic book license moved to Boom! Studios in 2018.

This is a curated list of the current series to help you get started with Serenity (Firefly) comic books. The series listed in this section are predominantly series of individual comic issues, but the list can include digests and softcovers (and even hardcovers) if the material is original material.

Dark Horse had been releasing Serenity (Firefly) comic book mini-series every several years from 2005-2017, but, as of 2018, the comic book license has moved to Boom! Studios who is publishing a new ongoing series--a prequel series--detailing Mal's time in the Browncoats. The previous Dark Horse mini-series jumped around chronologically, and were suited more for the existing fan base. However, Boom! Studios' new prequel ongoing series would be a great place to get started with Serenity (Firefly) comics...even if you've never seen the film or the television series.

Comic books are serialized periodicals. The absolute best place to jump on with any comic series is a series beginning, but, if the run has gotten lengthy, the beginning of a new story arc or of a new creative team are other great--and perfectly acceptable--places to get started right away. This section contains a curated list of the latest issues from current and recent series where you can get started in Serenity (Firefly). Look below for series beginning or start of a story arc. Subsequent sections explore the subject's publishing history and indicate other less recent places to get started in Serenity (Firefly).

In modern comic publishing, it's common (and expected) for individual comic book issues to be collected into compilations of trade paperbacks and/or hardcovers, as well as other special compilations. Unlike the individual source issues, the collected editions typically stay in print for long periods and are less 'collectible.' If individual issues are out of reach or are not of interest to you or if you just need reading copies, the following collected editions of Serenity (Firefly) comic books are the most recent in-print editions and are the perfect alternative to get started right away with Serenity (Firefly). The following compilations are presented in a chronologically-based suggested reading order with softcover editions before any hardcover editions (unless the only in-print editions are hardcover--these are integrated into the softcover list).

Dark Horse never published softcover compilations of their material, and volume 3 is original material that was never published in individual comic book form. Boom! Studios has taken over the license to produce Firefly comics as of 2018, and they are publishing the Dark Horse material in softcover for the first time under the series title FIREFLY LEGACY EDITION in two volumes.

The first appearance of a character in comic book form is often the most valuable issue featuring that character. It's a nice place to get started in Serenity (Firefly), if it's within your budget.

The original presentation of an origin story or a retelling/recounting of it can be a good place to get started with a character or subject. But, as an ensemble team book, Serenity (Firefly) doesn't have the typical origin story of a typical superhero comic book. Individual character backstories have been explored in several storylines, but the origin of the coming together of the crew as seen in the first episodes of the television series has not been adapted in comic book form. Neither the television series nor the film have been adapted in comic book form.

If you've already enjoyed some of the series listed in the Main Publication History above, series from this secondary publication list are very good places to further your exploration. Listed in this section are the Serenity (Firefly) one-shots and ancillary stories. The primary Serenity (Firefly) stories were published as series and mini-series and can be found in the Main Publication History. There are two stories that were originally released in digital form, but have since been included in collected editions. Also, THE SHEPHERD'S TALE was never released in individual comic book form but can be found in SERENITY--VOLUME 3: THE SHEPHERD'S TALE [2010] and FIREFLY LEGACY EDITION [2018-TPB] VOL 01.

This section contains a curated list of some of the best storylines for Serenity (Firefly), any one of which can be a good place to get started. The descriptions indicate how each could enhance exposure to the television series and/or the Serenity film. 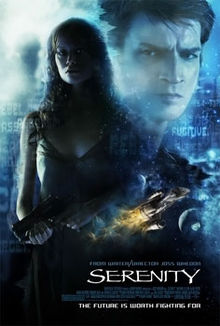 If you've enjoyed non-comic media for Serenity (Firefly), this section describes the comic book source material for some of the most popular non-comic media. However, the 14-episode 2002 Firefly television series and the 2005 Serenity film are integral with--and completely complimentary to--the comic book publications in one seamless continuity. The first comic publication, the 2005 mini-series, SERENITY [2005] #1-3, was released coincidentally with the 2005 film to bridge the story between the television series and the film. While there are no plans for any more screen portrayals, the adventures of the Firefly crew continue in comic book form which are considered canon in the same continuity with the television series and the film.