Although receiving a mixed review when released in 1982, Jim Henson's THE DARK CRYSTAL live-action fantasy film has met with increased reception as it has aged as one of Henson's best animatronic films. THE DARK CRYSTAL is the story of Jen, the last of his Gelfling race, sent unprepared on a prophesized mission to find a missing shard to repair the Dark Crystal. A rich and vivid fantasy world is revealed as Jen sets about his hero's mission. The unproduced screenplay for a sequel was turned into the 12-issue maxi-series from Boom Studios, THE POWER OF THE DARK CRYSTAL [2017], and Netflix is developing a live-action prequel series for release in 2019, THE DARK CRYSTAL: AGE OF RESISTANCE. Marvel adapted the original movie in comics in 1983, and the world of the Dark Crystal has been explored sporadically in books and novels and other miscellaneous media over the decades with all of the material seemingly in canon.

This is a curated list of the most current series to help you get started with Dark Crystal comic books. The series listed in this section are predominantly series of individual comic issues, but the list can include digests and softcovers (and even hardcovers) if the material is original material.

Comic books are serialized periodicals. The absolute best place to jump on with any comic series is a series beginning, but, if the run has gotten lengthy, the beginning of a new story arc or of a new creative team are other great--and perfectly acceptable--places to get started right away. This section contains a curated list of the latest issues from current and recent series where you can get started in Dark Crystal. Look below for series beginning or start of a story arc. Subsequent sections explore the subject's publishing history and indicate other less recent places to get started in Dark Crystal.

In modern comic publishing, it's common (and expected) for individual comic book issues to be collected into compilations of trade paperbacks and/or hardcovers, as well as other special compilations. Unlike the individual source issues, the collected editions typically stay in print for long periods and are less 'collectible.' If individual issues are out of reach or are not of interest to you or if you just need reading copies, the following collected editions of Dark Crystal comic books are the most recent in-print editions and are the perfect alternative to get started right away with Dark Crystal. The following compilations are presented in a chronologically-based suggested reading order with softcover editions before any hardcover editions (unless the only in-print editions are hardcover--these are integrated into the softcover list).

Our suggested reading order is simply the chronological publication order, even though the material may jump around on a grand story timeline. Boom! Studios' sequel stories were first compiled exclusively in hardcover, but are beginning to appear in softcover.

The first appearance of a character in comic book form is often the most valuable issue featuring that character. It's a nice place to get started in Dark Crystal, if it's within your budget. Marvel adapted the original film in issue #24 of MARVEL SUPER SPECIAL [1978-MAG] and later released the adaptation as a 2-issue mini-series. Released coincidentally with the traditionally stapled magazine format MARVEL SUPER SPECIAL [1978-MAG] #24, there exists a softcover version of the magazine published by Marvel Books (does not say "A MARVEL SUPER SPECIAL" on cover). The exact timing of which came first is open for debate. With nearly identical covers, many would understandably consider them just variants of each other, but they are noticeably different formats.

The original presentation of an origin story or a retelling/recounting of it can be a good place to get started with a character or subject. The 'origin' of a superhero is typically the event or circumstances surrounding how they gained their powers and/or began fighting crime. But, the Dark Crystal is an epic fantasy, not a superhero story. The original film was adapted in comics by Marvel in 1982 (see other sections of this guide for further details).

Series beginnings are always great places to get started in comic books. Here is the Main Publication History for Dark Crystal comic books. The Dark Crystal has had a sporadic publishing history in multiple formats, but everything is seemingly in the same canon/continuity. The most recent licensee, Boom Studios, has produced the most material set in the sequel timeframe. 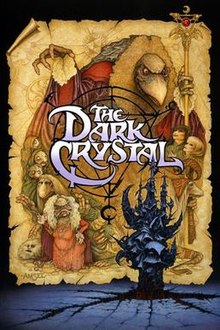 If you've enjoyed non-comic media for Dark Crystal, this section describes the comic book source material for some of the most popular non-comic media. However, with the Dark Crystal, movies and other media are not created from comic book source material. The original film was adapted in comic books by Marvel in 1982, and an unproduced screenplay for a sequel movie was adapted in 2017 by Boom Studios as POWER OF THE DARK CRYSTAL [2017]. All of the different media (film, books, comics) in the Dark Crystal franchise are seemingly part of one canon/continuity with very little--if any--overlap.

A key issue can be an acceptable place to get started with Dark Crystal, but they are more of a collector's checklist, as they can carry high price tags. 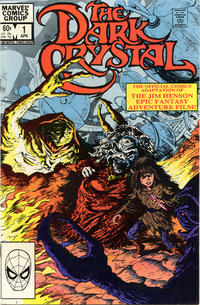 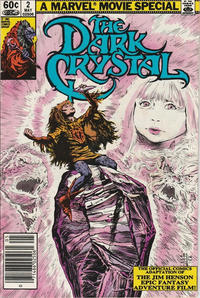 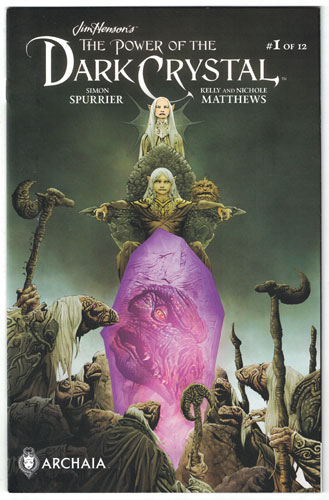