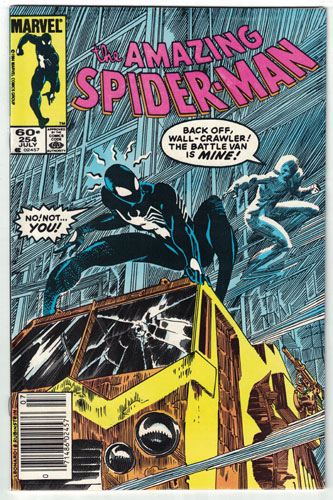 WITH GREAT POWER.. Spider-Man watches as the authorities pull Hobgoblin's wrecked battle van from the Hudson River. When the van is stolen in broad daylight, Spidey tracks it down and finds it has been taken by Jack O' Lantern. Spidey battles Jack but this causes him to miss a dinner set up by Nathan where he was supposed to be making nice with Aunt May who is still furious over Peter dropping out of school.