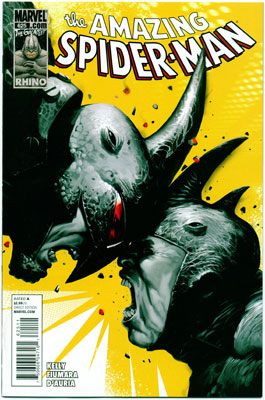 Deep within the fires of the gauntlet It's Rhino vs. Rhino--with Spidey caught in the middle! When the young, teched-out upstart who's taken the Rhino mantle refuses to leave the original Rhino, Aleski Systevich in peace, he forces Systevic to make a stand...and the tragic result s will be felt in Spidey's life for months to come. Witness THE LAST STAND OF THE RHINO!