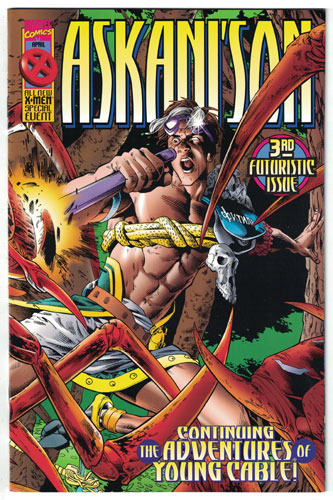 AN EMBER GLOWS... Origin (young adult) of Cable, Part 3 of 4. Nathan makes his way to Ebonshire and rescues a pirate woman from the deadly Daegon, little knowing that she is one of his greatest enemies, Straitor Umbridge, in disguise. Nate meets Askani Sister, Aliya, and impresses her with his battle prowess when a nest of giant insects attack. He is taken to meet insane Clan Mother, Sanctity, who proclaims him to be both savior and Askani' Son, even though no male has ever been permitted to be trained in the ways of the Clan.