Darth Vader is the iconic villain of the original Star Wars trilogy and needs little introduction, as he has permeated nearly every corner of modern culture. Originally a Jedi Knight prophesied to bring balance to the Force, Anakin Skywalker falls to the Dark Side of the Force and is instrumental in destroying the Jedi Order as the Dark Lord of the Sith, Darth Vader. Due to wounds suffered in his climactic battle with Obi-Wan Kenobi, his mentor and friend turned adversary, Vader is more machine than man. The cybernetics preserve his life and give him his iconic look with its immediately recognizable armor and helmet. In the last moments of Vader's life, he is apparently redeemed, when he embraces the Light Side once again and refuses to let his master, Emperor Palpatine, destroy his son, Luke Skywalker. But before that, he did some truly ruthless stuff, implied in the movies...but only seen in his comic book stories.

In modern comic publishing, it's common (and expected) for individual comic book issues to be collected into compilations of trade paperbacks and/or hardcovers, as well as other special compilations. Unlike the individual source issues, the collected editions typically stay in print for long periods and are less 'collectible.' If individual issues are out of reach or are not of interest to you or if you just need reading copies, the following collected editions of Darth Vader comic books are the most recent in-print editions and are the perfect alternative to get started right away with Darth Vader. The following compilations are presented in a chronologically-based suggested reading order with softcover editions before any hardcover editions (unless the only in-print editions are hardcover--these are integrated into the softcover list).

The first appearance of a character in comic book form is often the most valuable issue featuring that character. It's a nice place to get started in Darth Vader, if it's within your budget. Of only trivial interest perhaps, the first issue of STAR WARS [1977] was published on 12 Apr 1977, over a month prior to the 25 May 1977 movie debut.

The original presentation of an origin story or a retelling/recounting of it can be a good place to get started with a character or subject. Darth Vader does not have a typical superhero 'origin story.' His origin basically is the enire three movies that make up the Prequel Trilogy.

Series beginnings are always great places to get started in comic books. Here is the Main Publication History for Darth Vader comic books. Darth Vader is one of the most important characters in the Star Wars saga and has had a virtual multitude of comic book appearances. While he is a prime plot device in many stories that take place between Order 66 and The Return of the Jedi, there are suprisingly few stories centered on him. Dark Horse proved Vader could be the star of his own story with the STAR WARS: VADER'S QUEST [1999] mini-series, but the wildly popular PURGE [2006] one-shot was a bigger hit. Dark Horse followed up with more Purge tales and then a series of mini-series carrying Vader's name. This paved the way for Marvel to grant him his own self-titled, ongoing series, DARTH VADER [2015]. This series masterfully explores the time right after Episode IV, and a follow-up ongoing series explores the time right after Episode III. The list in this section contains only series where Darth Vader was a key, 'headline' character, but contains both Legends and New Canon series.

In addition to his Main Publication History, Darth Vader has made a multitude of appearances in Star Wars comic books. While there is little utility to be gained in an exhaustive list of these appearances, here are a few small gems hidden among his countless cameos you could hunt down to get started in Darth Vader comic books. Darth Vader plays a fairly significant role throughout the STAR WARS: DARK TIMES [2006] series and its three follow-on mini-series (two are listed in the Main Publication History), as well as the STAR WARS TALES [1999] anthology series. Both of these series are Legends, but they are definitey worth checking out to get more Darth Vader among some other quality Star Wars material.

This section contains a curated list of some of the best storylines for Darth Vader, any one of which can be a good place to get started. Entries here may be from series where Darth Vader was not the headline character of the series. Also, entries in this section come from both Legends and New Canon. 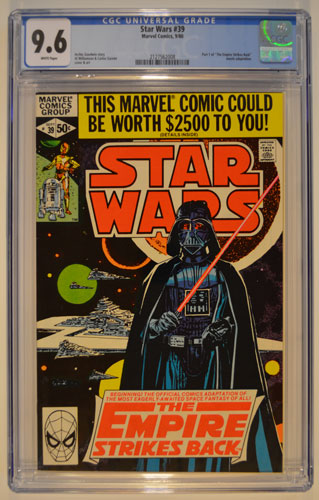 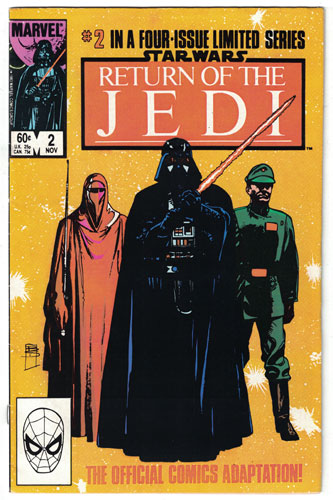 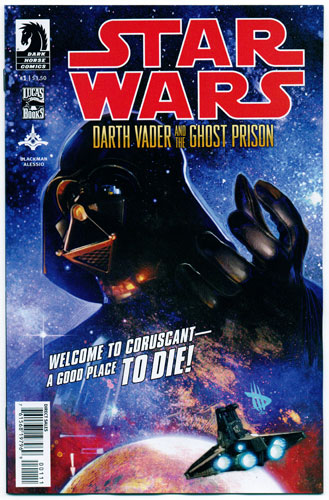 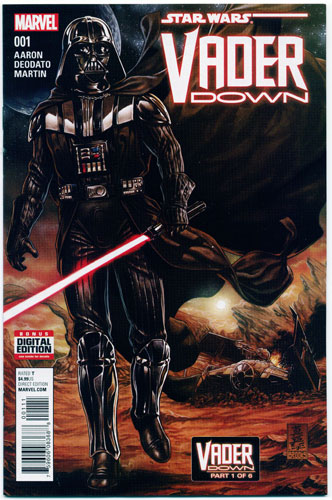 If you've enjoyed non-comic media for Darth Vader, this section describes the comic book source material for some of the most popular non-comic media. But, with Star Wars, movies and other media are typically not produced from comic source material. Comic book adaptations and comic book spin-offs are produced from movies and other media. See the Selected Key Storylines section for the Original Trilogy movie adaptations, in which Darth Vader appears.

A key issue can be an acceptable place to get started with Darth Vader, but they are more of a collector's checklist, as they can carry high price tags. 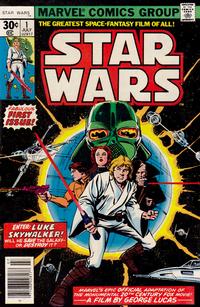 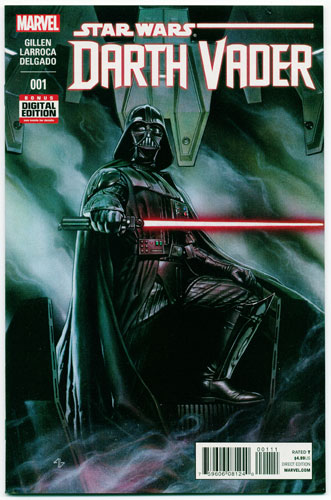 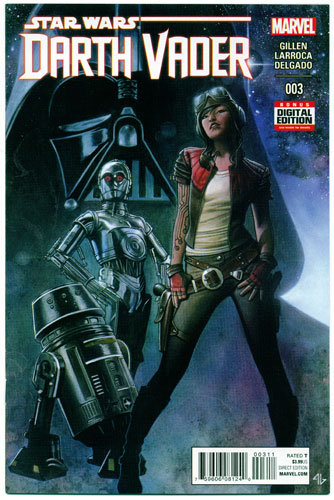 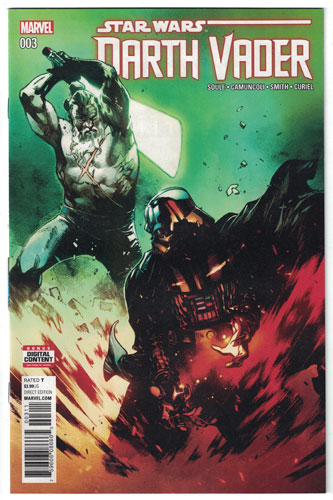