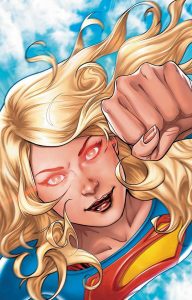 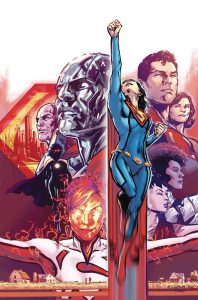 DC Universe continues its Rebirth this month with a handful of #1’s offered in the Previews catalog. The SUPERGIRL: REBIRTH #1 description mentions the DEO, so it looks to be borrowing from the popular TV series incarnation. SUPERWOMAN #1 reveals a Lois Lane with the powers of Superman. This kind of gender role reversal is proving popular, so something tells me this trend of giving the female lead the male superhero’s powers won’t stop until they’ve all been done.