A WILD SPECULATION ON ROGUE ONE: A STAR WARS STORY 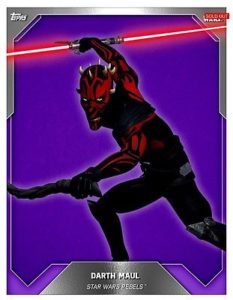 With only 15 days until Rogue One: A Star Wars Story is released, I’ve just had the craziest idea: Because the rebels cartoon potentially foreshadowed Maul gaining knowledge that Obi-wan was still alive, what are the odds of an interlude in Rogue One that Maul shows up on Tatooine to confront him? When Maul and Obi-wan meet again, it will most likely be on Tatooine, unless we find out that Obi-wan has made sojourns away from watching over his charge, young Luke Skywalker. The Star Wars comic series is telling one-off episodes of the tales of Obi-wan, but, so far, they all take place on Tatooine. I doubt Rebels has the status to portray such an immense plot sequence like a […] 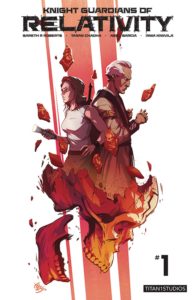 I love science fiction adventure and I’m always on the lookout for potential breakouts from lesser known publishers, so this offering from a new publisher, Titan1Studios, caught my eye. It’s hard to tell what kind of story it will be, but it does look interesting. The full-page ad indicates “RELATIVITY UNIVERSE,” so are they building a comic book universe? I’m always up for a new universe. “Recovering from the ravages of the Fourth Great War, a mysterious band of men and women called the Knight Guardians are dispatched to humanity’s six remaining City States to investigate the murder of their revered brother knight, and to protect the last remaining Relativity Machine from those seeking to harness the power of temporal […] 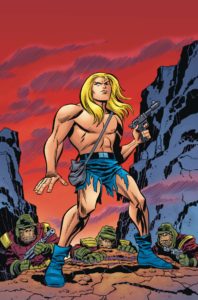 Reviving Kirby’s Kamandi is not necessarily a grand idea by itself, but combined with the concept of this 12-issue series it’s quite intriguing. Each issue will be from a different creative team and end with an “unimaginable” cliffhanger, and it’s up to the next creative team to resolve it before creating their own. If this format proves popular, I hope other more mainstream characters get the treatment. “Prepare to take part in one of the greatest adventures from the infinite future of the DC Universe, and join the industry’s top creative teams in a round-robin, no-holds-barred, storytelling extravaganza titled THE KAMANDI CHALLENGE! Born from the mind of Jack ‘King’ Kirby, the post apocalyptic Earth of Kamandi has been a fan […] 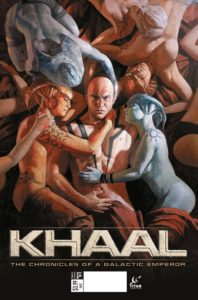 What’s not to like about a “violent space opera of warring clans, gladiatorial arenas and political intrigue?” It sounds like a cross between Farscape and Pitch Black. The interior art looks amazing too. “In the cold silence of a galaxy ripped apart by war, a prison ship drifts alone in the void. Aboard, three races are preparing for a battle that will determine the ruler of their eternal home. Khaal, the embattled, bloodthirsty, and unhinged, leader of the human faction will stop at nothing to triumph…” 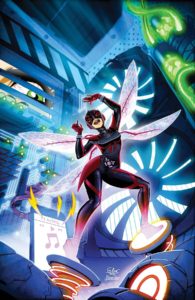 At first glance, I thought this was a solo series of the character that was introduced in the Marvel Cinematic Universe (MCU) movie, Ant-Man. (Hope Van Dyne, the daughter of Hank Pym (the original Ant-Man) and Janet Van Dyne (the original Wasp), is actually an MC2 Universe character, not a Marvel Universe character.) But alas, upon research, it appears that Hank had another daughter with a Soviet woman. This daughter, Nadia, was introduced in All-New, All-Different Avengers #9 (Jul, 2016) as having grown up in the Red Room, the same Soviet training facility that produced the Black Widow. Pulling this character out of nowhere, in much the same way as Silk was introduced in the Spider-Man family, is a little […]

First Impression: THE FALL AND RISE OF CAPTAIN ATOM #1 (OF 6) 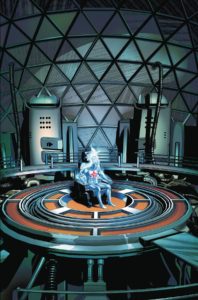 This looks very cool. I was a fan of DC’s post-Crisis Captain Atom incarnation back in the day. His nuclear powers are very reminiscent of Doctor Manhattan’s, who was based on Charlton’s Captain Atom incarnation. With the possibility floating around that the Watchman Doctor Manhattan has had something to do with DC’s “rebirth,” having another near-limitless nuclear-powered character come back from who-knows-where is very intriguing. “BLOWBACK, Part one! Captain Atom hasn’t been seen or heard from in years-and even if you think you know what happened to him–you’re  wrong! But you’re not alone. To this day, no one on Earth-not even the other superheroes-has an inkling of the missing Captain Atom’s true fate. At last, the truth is about to […] 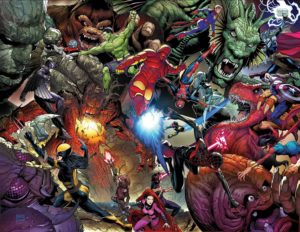 What a cool idea…bring back the classic Marvel monsters as a group for the united heroes to defeat. So, Godzilla is probably the most famous giant monster in modern culture. But early Marvel comics from Stan Lee, Larry Lieber, and Jack Kirby featured a host of ingenious monster creations, who were born as or who could turn into giant monsters. Their varied origins can be attributed to being space aliens, mutates, ancient subterranean dwellers, or experiments that took a wrong turn. Many of these pre-date the famous Fantastic Four #1 (Nov, 1961), in which the Mole-Man invades the surface with the help of his giant monsters. The hero, The Thing, struggled with his self-identity as a monster. In the Marvel […]