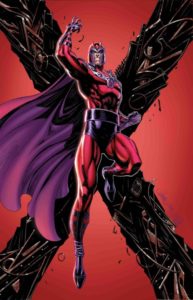 WELCOME Hello, comic fans! Tons of brand new series are being offered again this month…from Marvel’s SPIDER-GEDDON event and their ongoing INFINITY WARS event…to classics like BATTLESTAR GALACTICA and LONE RANGER. Image has a host of new series as well. Speaking of which, have you checked out their ‘stealth’ title, DIE!DIE!DIE!? Image surprised retailers by sending them issues of this brand new ongoing series without offering it for pre-order. And they’re going to keep publishing it without advanced notice, so it’ll just show up. This is on the heels of what Marvel did with the X CLASSIFIED title as well, keeping that a secret right up till the month of publication. (It’s MR. AND MRS. X, a series about Gambit […] 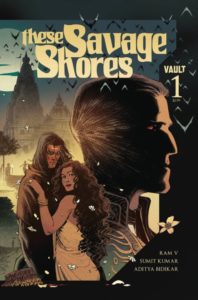 Here’s another intriguing new series from Vault Comics…THESE SAVAGE SHORES. “Two centuries after the first European ship sailed to the Malabar Coast and made landfall at Calicut, the East India Company seeks to secure its future along the lucrative Silk Route, in the year 1766. An old evil now sails aboard a company ship, hoping to make a home in this new found land. But he will soon find that the ground along the Indus is an ancient one with daemons and legends far older than himself. Along These Savage Shores, where the days are scorched and the nights are full of teeth.” Buy It Now 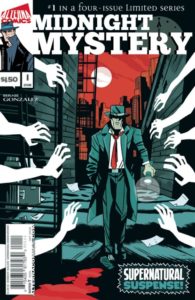 I like finding promising-looking new series from independent publishers, and this new supernatural horror series qualifies. Check it out! “Follow the strange adventures of detective Zeke King as he goes from case to horrifying case. In this issue: King’s latest case goes from freaky to fatal when he’s hired to find the lost son of a deceased horror host. The mystery begins in this new supernatural horror series.” Buy It Now 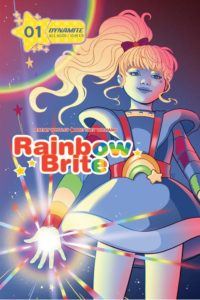 This is surely the comic series you didn’t know you can’t live without…Rainbow Brite! “The adventure begins for children and adults alike, as the classic character Rainbow Brite comes to comics and brings a little color to your life. Wisp and Willow are best friends who live in a small town. They are inseparable, until one night Wisp discovers something is stealing the color from the world. To escape their grasp, Wisp must use her wits and the help of a new friend…from somewhere else. Then the adventure begins. Follow along with writer Jeremy Whitley (My Little Pony, Unstoppable Wasp) and artist Brittney Williams (Patsy Walker, A.K.A. Hellcat., Goldie Vance) as we find out how this seemingly normal girl becomes […] 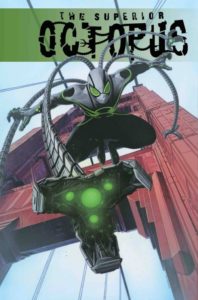 I loved the Superior Spider-Man series, so this one looks awesome! “DOC OCK-TOBER STARTS HERE IN THIS SPIDER-GEDDON TIE IN. Doc Ock has set up shop as San Francisco’s protector, but you won’t believe his methods. Some of Otto Octavius’s new super hero strategies may make Spider-Man regret letting him free, but the good doctor swears that he’s the SUPERIOR OCTOPUS. Chistos Gage (AMAZING SPIDER-MAN) and Mike Hawthorne (Deadpool) will change the way you look at super hero comics. Rated T+.” Buy It Now Related shopping tags: SPIDER-GEDDON (2018), SPIDER-MAN FAMILY TITLES

Horror comics fans will love this homage anthology from DC which will be out in time for Halloween! “Horror. Death. Uh…Face-punching. Witness ten all-new stories that promise to be the most terrifying, most shocking and most horrific comic that DC Comics has ever published. (Hyperbole much?) Batman, Wonder Woman, Guy Gardner, Swamp Thing, Zatanna and more of your favorite heroes face unspeakable horrors from the streets of Gotham City to the darkest sectors of the universe.” Buy It Now 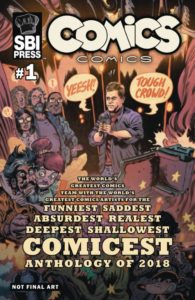 Here’s a very interesting new series from small, independent publisher Ahoy Comics. It’s written by Stuart Moore who’s worked in the big leagues, so you don’t have to worry too much about the base quality and can just evaluate the subject to see if it interests you. Plus, there’s a backup prose story from big name Grant Morrison. Ahoy may be putting out some sleeper hits here. “When the human race died out, the cats inherited the Earth. Or at least one starship. Now the intrepid Captain Ginger struggles to keep his fellow felines united against a hostile universe. Thirty-five pages of comic adventure-with a bite-by writer Stuart Moore (Deadpool the Duck, Batman: Noir Alley) and artist June Brigman (Power […] 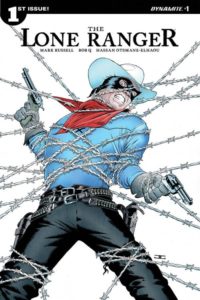 Dynamite takes their time coming out with these Lone Ranger series. Get this one while it lasts! “A sparking new adventure from multiple Eisner Award nominee MARK RUSSELL (The Flintstones) and BOB Q (The Green Hornet ’66 Meets The Spirit). 1883. The advent of barbed wire is creating havoc in the Texas panhandle. A corrupted state senator conspires with dirty ranchers to make land unnavigable for open rangers and native tribes, passing new laws allowing cattlemen to kill anyone caught cutting the wire. Good people are getting hurt, and The Lone Ranger must act. But to truly stop this rampant villainy, he’ll need to go all the way to the top, and rely on an old friend for help… Featuring […] 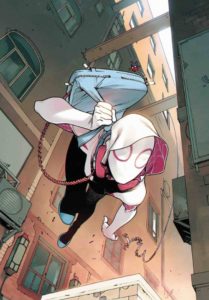 SPIDER-GWEN lives on as GHOST-SPIDER!…somehow…through the Spider-Geddon…which sounds ominous…and super-cool! “A SPIDER-GEDDON TIE IN. What? You thought we were done with Gwen Stacy after the first two landmark volumes of her series? GET OUTTA HERE. It’s a whole new spin on Gwen and her world of Earth-65, brought to you by none other than SEANAN MCGUIRE and ROSI KÄMPE. We pick up with Gwen right where we left her – fighting crime through her home reality, unaware that it sits on the precipice of interdimensional calamity. Someone’s gonna be late to band practice… Rated T+.” Buy It Now Interested in Getting Started In SPIDER-GWEN comic books? Check out our guide here. Related shopping tags: SPIDER-GEDDON (2018), SPIDER-GWEN, SPIDER-MAN FAMILY TITLES