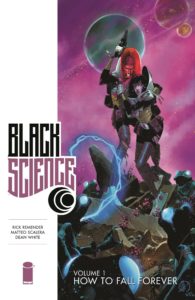 One fascinating, deadly alternate reality after another, but no time to explore any in depth as the semi-contrived conditions of this team’s reality-hopping preclude anything but scrambling to get back to the reality-traversing device and fighting with each other. I don’t mind. I was a big fan of the TV show Sliders. This is a similar plot and equally entertaining. There’s something bigger going on, and as messy as it is already, I’m sure it’s going to get a whole lot messier. The art’s fine. Rick Remender is a top-notch storyteller.

Things from Journey to the Force Awakens: Shattered Empire You Didn’t Know You Needed To Know 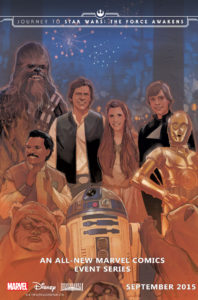 Warning…This article contains spoilers for the comic book series, Journey to The Force Awakens: Shattered Empire. There were two characters at the Battle of Endor, in Return of The Jedi (ROTJ), who you didn’t meet. You have recently met their grown son, however: Poe Dameron. Sergeant Kes Dameron was a demolitions expert in Han’s Endor strike team, The Pathfinders; Lieutenant Shara Bey was an A-wing pilot, call sign Green Four, who nearly destroyed Luke’s shuttle as it abandoned the second Death Star, instead escorting it down to the moon. Published in the months leading up to The Force Awakens (TFA) December 2015 release, Journey to The Force Awakens: Shattered Empire is a 4-issue mini-series (shop) from Marvel Comics that serves […] 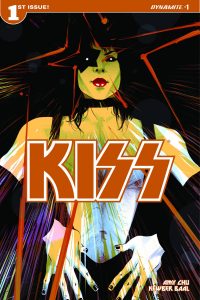 KISS is a world-wide brand extending well beyond their musical albums. When we showed our young kids a picture of the rock group and told them we were going to see KISS in concert, they said, “Oh, I know them from Scooby-Doo!” They have a storied collection of comic adaptations spanning across disparate genres. Here, the writer says she is going more serious with a storyline focused on mythology, heroism and legend with themes inspired by the 1981 album Music from “The Elder”. I’m so ready for a sci-fantasy Kabuki theater! This issue is offered for pre-order in the latest Previews catalog. “KISS is back! Back to the FUTURE in this dark sci-fi adventure. In a world without sun and […] 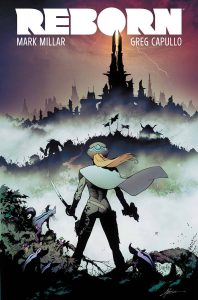 Mark Millar has figured out some secret formula to comic writing. This latest will be no exception, I’m sure. This issue is offered for pre-order in the latest Previews catalog. “MARK MILLAR & GREG CAPULLO join forces to create the smash hit sci-fi / fantasy story of the year: REBORN. Where do you go when you die? Not heaven or hell; somewhere else. Somewhere you have to fight to survive. Somewhere the people from the past are waiting for you–the good and the bad.” 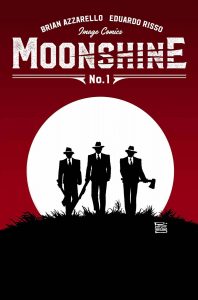 This one is a good bet. Brian Azzarello writes a mob-era, noir-style, supernatural, crime thriller. That just begs to be adapted into a television show. “Set during Prohibition, and deep in the backwoods of Appalachia, MOONSHINE #1 tells the story of Lou Pirlo, a city-slick ‘torpedo’ sent from New York City to negotiate a deal with the best moonshiner in West Virginia, one Hiram Holt. What Lou doesn’t figure on is that Holt is just as cunning and ruthless as any NYC crime boss. Because not only will Holt do anything to protect his illicit booze operation, he’ll stop at nothing to protect a much darker family secret…a bloody, supernatural secret that must never see the light of day…or better […] 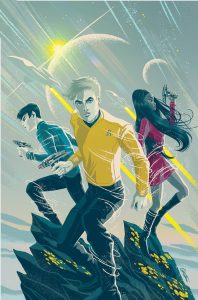 I like Star Trek. I loved the Star Trek: The Next Generation (TNG) series. I enjoyed most of the other television series. I liked the original crew movies (even the odd-numbered ones). The TNG films got too bloated, in my opinion, but were still watchable at least once. But…Abrams’ reimagining of Star Trek reinvigorated my interest intensely. (I could watch that one again right now, in fact.) The follow-up was good, but not as good, and I have yet to catch the newest film. I’ve never felt the need to know everything about every nook of the Star Trek universe like I do the Star Wars universe. But, if you want to explore the world of Star Trek further, you […] 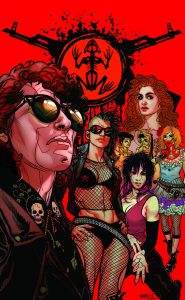 Vampires have come a long way since Béla Lugosi, and The Lost Boys perhaps helped transform them in pop culture away from the demon of Salem’s Lot to the sensual beauties of The Twilight Saga and The Vampire Diaries. So, you probably have to be the right age to be excited about this one (and maybe have actually seen the two direct-to-video sequels of the movie.) If you need a horrific vampire fix and haven’t read 30 Days of Night, check that one out. You know, Sesame Street’s Count von Count is kinda loveable, I guess. But, as the new host of Sesame Street, we’ll see what HBO does with the character! “The stakes are raised in this nostalgic and […] 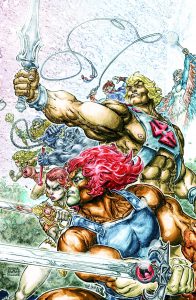 Are you kidding me? This mini-series will be epic! DC put out a He-Man mini in June of 2012, but ThunderCats haven’t seen print since 2004 (in the States). And that WildStorm ThunderCats stuff isn’t considered canon because of story inconsistencies. So, I really get the sense this mash-up will be leaning heavily on the original 80’s vibes. If they get it right, it’ll usher in an age of plenty. If they get it wrong, the properties will return to the sarcophagus to regenerate at a later date. “He-Man and the Masters of the Universe team up with the ThunderCats–the epic crossover event you’ve waited thirty years to see! In his ever-living desire to destroy the mighty ThunderCats, Mumm-Ra quests […]

Cool cover alert! Although we have no idea what it looks like right now, one of the coolest looking upcoming covers will definitely be TRINITY #2 VAR ED, simply because Frank Cho is the credited artist (right now).

First Impression: SERENITY: NO POWER IN THE ‘VERSE #1 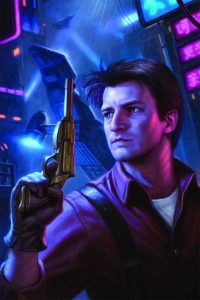 Super excited for this one. If you loved the show. If you loved the movie. You should know these comics are official canon and continue the story where the film left off. The previous mini-series, SERENITY: FIREFLY CLASS 03-K64–LEAVES ON THE WIND [2014], was excellent, but teased us with some unfinished plot developments. This one picks up a year and a half after that mini-series. “The ‘verse is a complicated and dangerous place, and Malcolm Reynolds and his outlaw crew aboard the Serenity are ever experiencing tough times. When tensions rise among the crew, a call for help becomes a welcome interruption: they must track down a missing friend and the answers to the mystery surrounding her disappearance.”