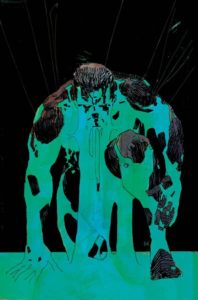 An interesting enough science fiction premise, with just a hint of an apocalyptic future. Could be worth checking out.

“Panacea Cryonics offered its customers life after death by keeping their heads frozen until the day technology could rebuild them, free of disease and death. However, as these everyday people from the past are revived, they’re not handed the keys to a new life, but a gun, body armor and an ultimatum. They must fight in a war against unknown opponents for unknown reasons, to secure their place in a brave new world that doesn’t want them around. From Chris Sebela, writer of Blue Beetle, Kiss/Vampirella and Evolution, and Hayden Sherman, artist of The Few and John Carter The End, comes the story that HAD to be told at AfterShock.”