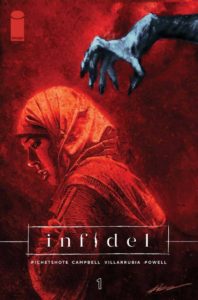 High praise coming in from industry peers for this one, and it’s not even out yet. Definitely worth a look!