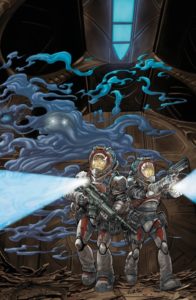 A new Starcraft comic book mini-series from Dark Horse! I wasted so many hours playing that PC game back in the day. I want to read this mini-series…and now I have a yearning to play the game again too.