Hello, comic fans! There are so many great, new series launching out of the November pre-order catalog, my head almost exploded. In fact, Marvel alone has–by my count–14 new #1’s this month. Some are pretty cool-looking one-shots celebrating their 80th Anniversary next year, but there are big-name series launching too: CONAN THE BARBARIAN, GUARDIANS OF THE GALAXY, CAPTAIN MARVEL, BLACK WIDOW, CHAMPIONS, MARVEL COMICS PRESENTS and FRIENDLY NEIGHBORHOOD SPIDER-MAN. I’m calling it the “Unbranded 2019 Explosion” (trademark pending). Not to be completely outdone, DC has their new Bendis-curated imprint, Wonder Comics, launching with their first two titles: YOUNG JUSTICE and NAOMI. Need more new stuff? Boom! Studios is launching a new BUFFY THE VAMPIRE SLAYER series, and Dark Horse presents the first AVATAR mini-series (based on James Cameron’s film). IDW is offering the MARVEL ACTION BLACK PANTHER ongoing and TMNT and STAR TREK mini-series. But, wait! There’s more… MONSTER WRESTLING: MIXED MARTIAL ARTS MONSTER GIRLS VOL 01 from Yen Press… jk, I don’t have the space for all the goodness. If you love comics and pop-culture characters as much as I do, this is an awesome time to be reading comics and collecting them. As always, let us know if there is something we can track down for you…we try to cater to regular, normal newbies…crazy, intense collectors…and everyone in between (except for Mrs. Wardwell, because Van Halen’s lyrics, “hot for teacher,” are not supposed to represent an eternal burning in the underworld) –Glenn

Focus This Month:
Get Started In… WOLVERINE (JAMES ‘LOGAN’ HOWLETT)

He may be back from the ‘dead,’ but his popularity never died! Wolverine is one of Marvel’s most popular characters who were not part of the initial 1950-60’s cadre. Check out our guide to getting started in Wolverine comic books! 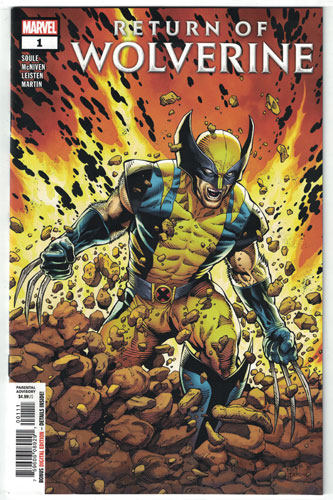 Dark Horse may have lost some of their longest running, big name licenses. But they’re putting up the first AVATAR comic mini-series. It may not be a big tag yet, but we think it’s cool. Check it out! 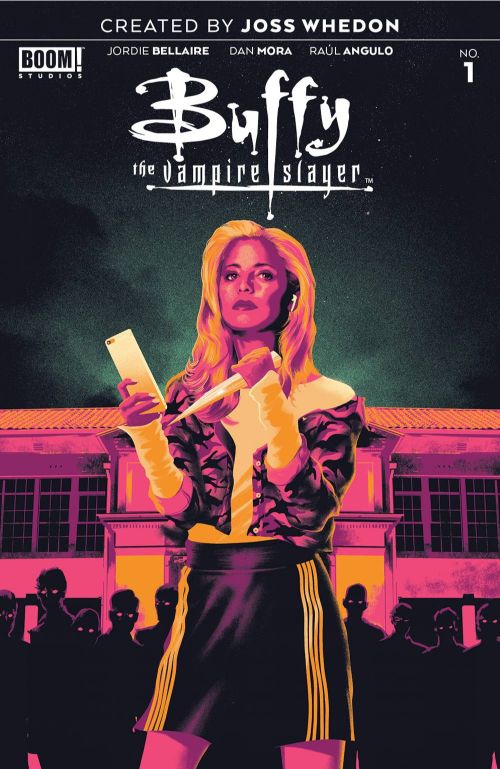 Buffy The Vampire Slayer #1
Boom! Studios takes over the Buffy the Vampire Slayer license from Dark Horse. This flagship title feels a little like a reboot than a continuation of the ‘Buffyverse.’ It will definitely be interesting to see where Boom takes the franchise.

“Go back to the beginning as the critically acclaimed pop culture phenomenon Buffy The Vampire Slayer is reimagined under the guidance of series creator Joss Whedon. · This is the Buffy Summers you know, who wants what every average teenager wants: friends at her new school, decent grades, and to escape her imposed destiny as the next in a long line of vampire slayers tasked with defeating the forces of evil. · But her world looks a lot more like the one outside your window, as Eisner Award-Nominated writer Jordie Bellaire (Redlands) and Russ Manning Award-Winner Dan Mora (Saban’s Go Go Power Rangers) bring Buffy into a new era with new challenges, new friends…and a few enemies you might already recognize. But the more things change, the more they stay the same, as the Gang faces brand new Big Bads, and the threat lurking beneath the perfectly manicured exterior of Sunnydale High confirms what every teenager has always known: high school truly is hell. · WELCOME BACK TO THE HELLMOUTH, FOR THE FIRST TIME.” 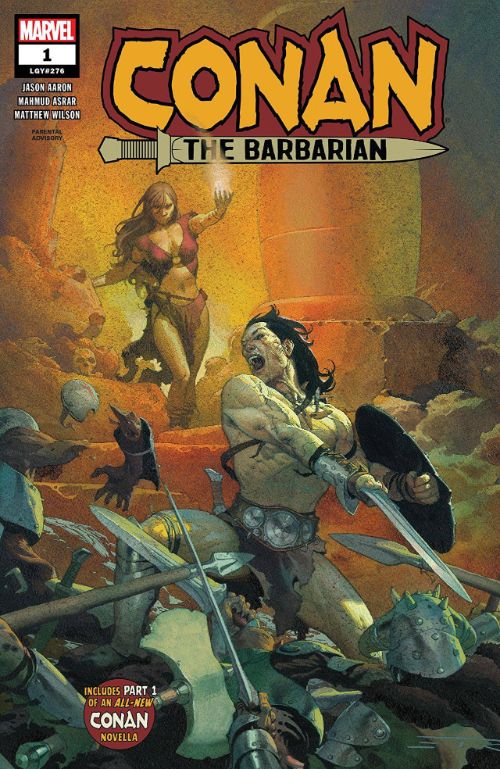 Conan The Barbarian #1
I have no idea why Conan is back at Marvel, but it’s probably worth a look-see…if only to figure out the riddle of steel and all.

“BY CROM, THE GREATEST SWORD-AND-SORCERY HERO RETURNS TO MARVEL. From an age undreamed…hither came Conan the Cimmerian, black-haired, sullen-eyed, sword in hand, a thief, a reaver, a slayer, with gigantic melancholies and gigantic mirth, to tread the jeweled thrones of the Earth under his sandaled feet… Robert E. Howard’s creation returns to comics, in an epic tale as only MARVEL could bring you. Conan’s travels have brought him to the far reaches of the unkown, from his birthplace in Cimmeria to the kingdom of Aquilonia and all in between. As his fighting prowess allows him to carve his way through life, so too does it attract the forces of death. The all-new ages-spanning saga begins here, by writer Jason Aaron (THE MIGHTY THOR, STAR WARS) and artist Mahmud Asrar (UNCANNY X-MEN, ALL-NEW, ALL-DIFFERENT AVENGERS), as Conan’s destiny is forever changed.” 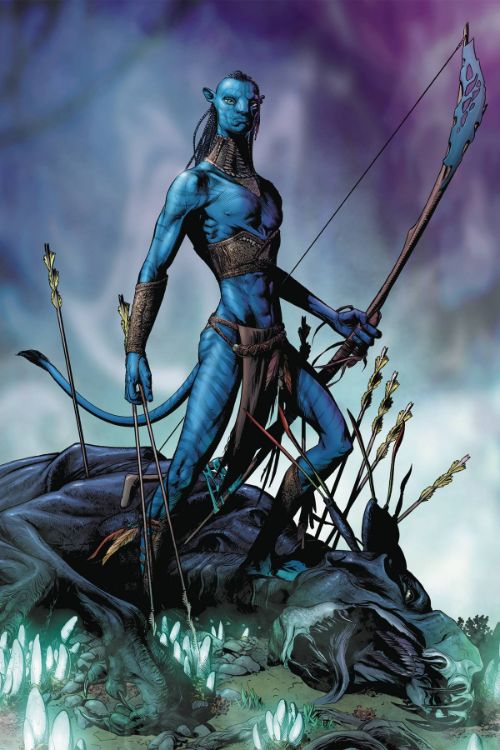 “Tsu’tey, proud warrior of the Omatikaya clan, betrothed to Neyteri, has his life turned upside down by the arrival of Jake Sully of the Sky People. Reveals events only hinted at in James Cameron’s Avatar. James Cameron’s masterpiece comes to comics. Written by award-winning novelist Sherri L. Smith.” 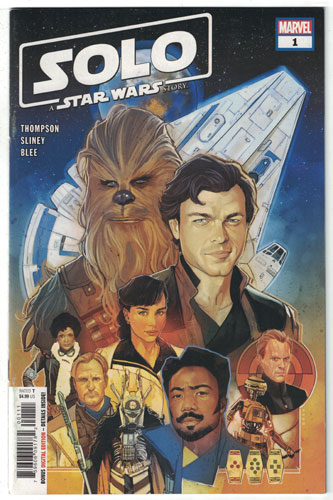 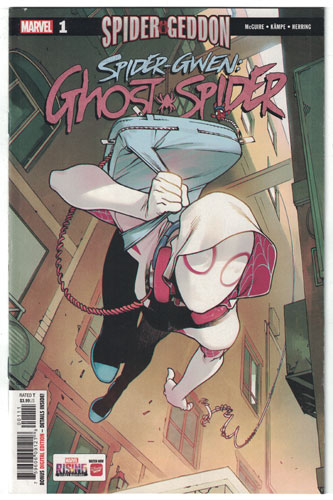 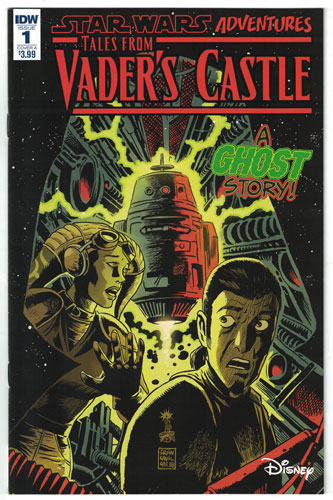