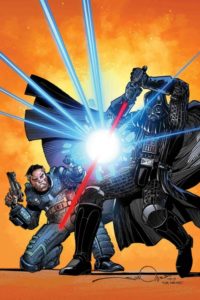 This is really awesome! I sincerely wish Marvel would just straight-up continue this series, as if it was back in the day. IDW has had success with their G.I. Joe, A Real American Hero continuation by Larry Hama. How about Star Wars, Marvel?